A man has mistakenly stabbed his mother to death at Zawiyya Tudunwada, Kontagora, Niger State.

According to reports, the man was reportedly fighting his wife when his mother stepped in to intervene.

The husband then allegedly reached for a knife and attempted to stab his wife, but he mistakenly stabbed his mother who was trying to separate the fight. 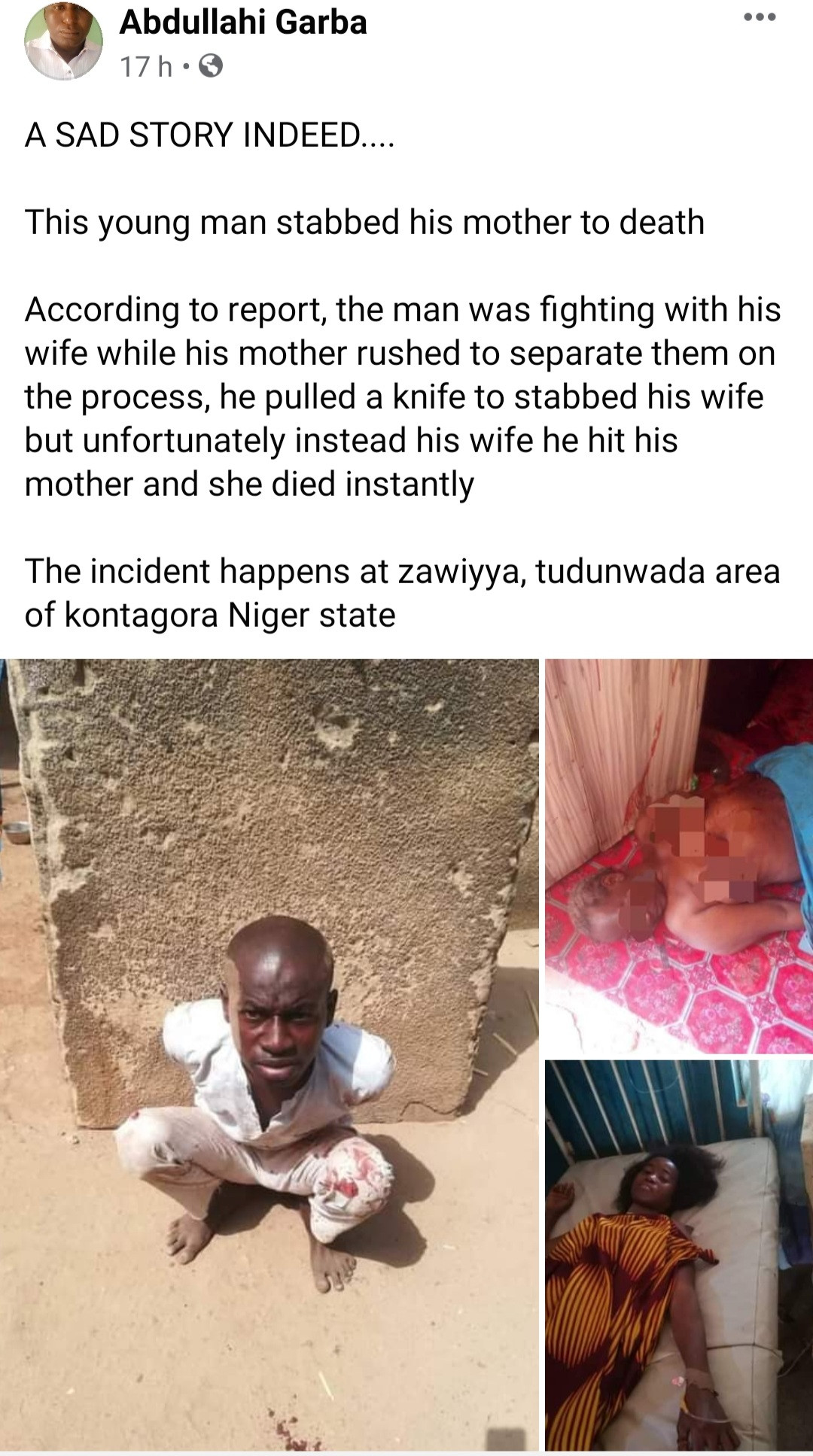 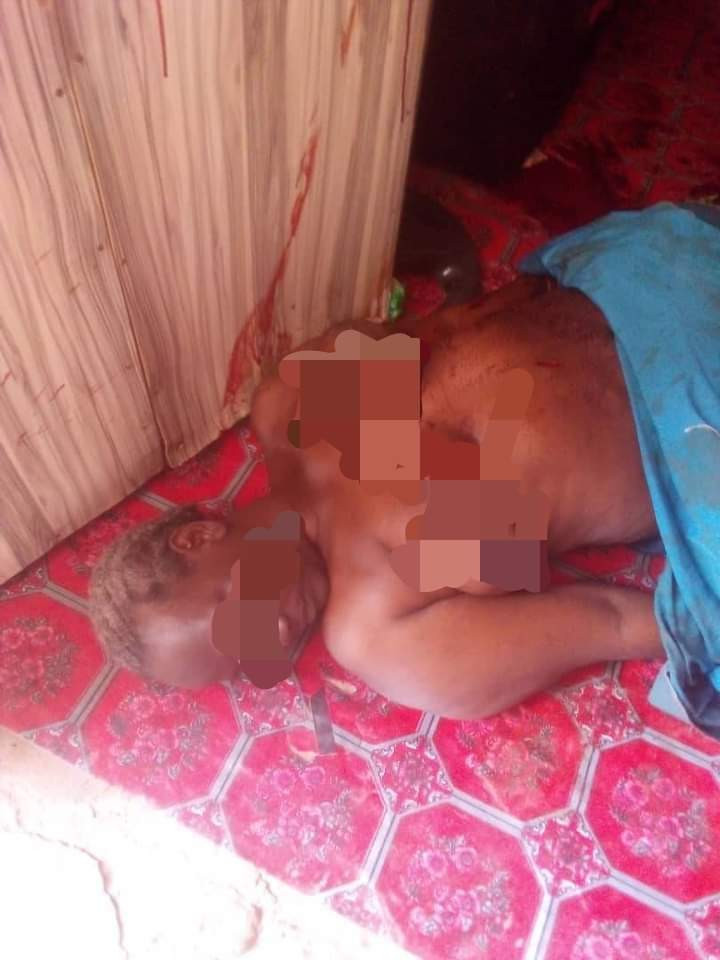 Despite efforts to save her, the mother died shortly at the scene after she was stabbed.

The wife, who suffered injuries from the beating she got from her husband, was taken to the hospital.

The husband was immediately arrested after news of his mother’s death got out. 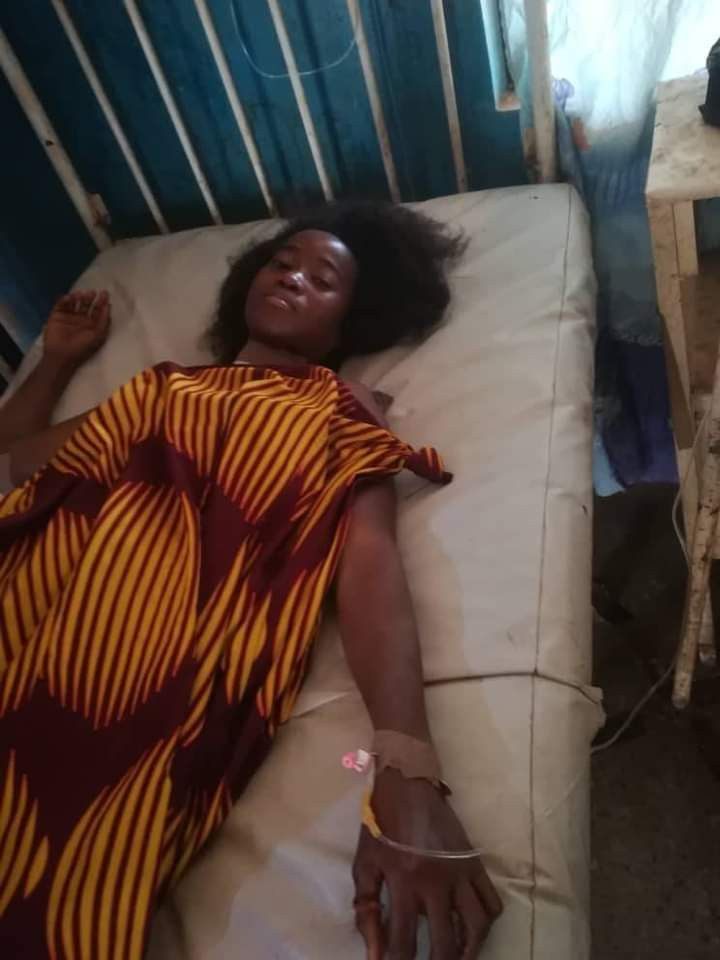