A Nigerian man has shared details of his encounter with operatives of the Economic and Financial Crimes Commission (EFCC).

According to him, operatives of EFCC double-crossed his car and ordered him for an interrogation today Wednesday, March 30.

Sharing his experience via Twitter, the man stated that he was on his way home after dropping his kids at school when he was stopped by the EFCC officers who asked him to come down. He said they asked for his phone which he handed over to them.

Further, he said after searching his phone, an officer handed it back and said he wasn’t the person they were looking for. 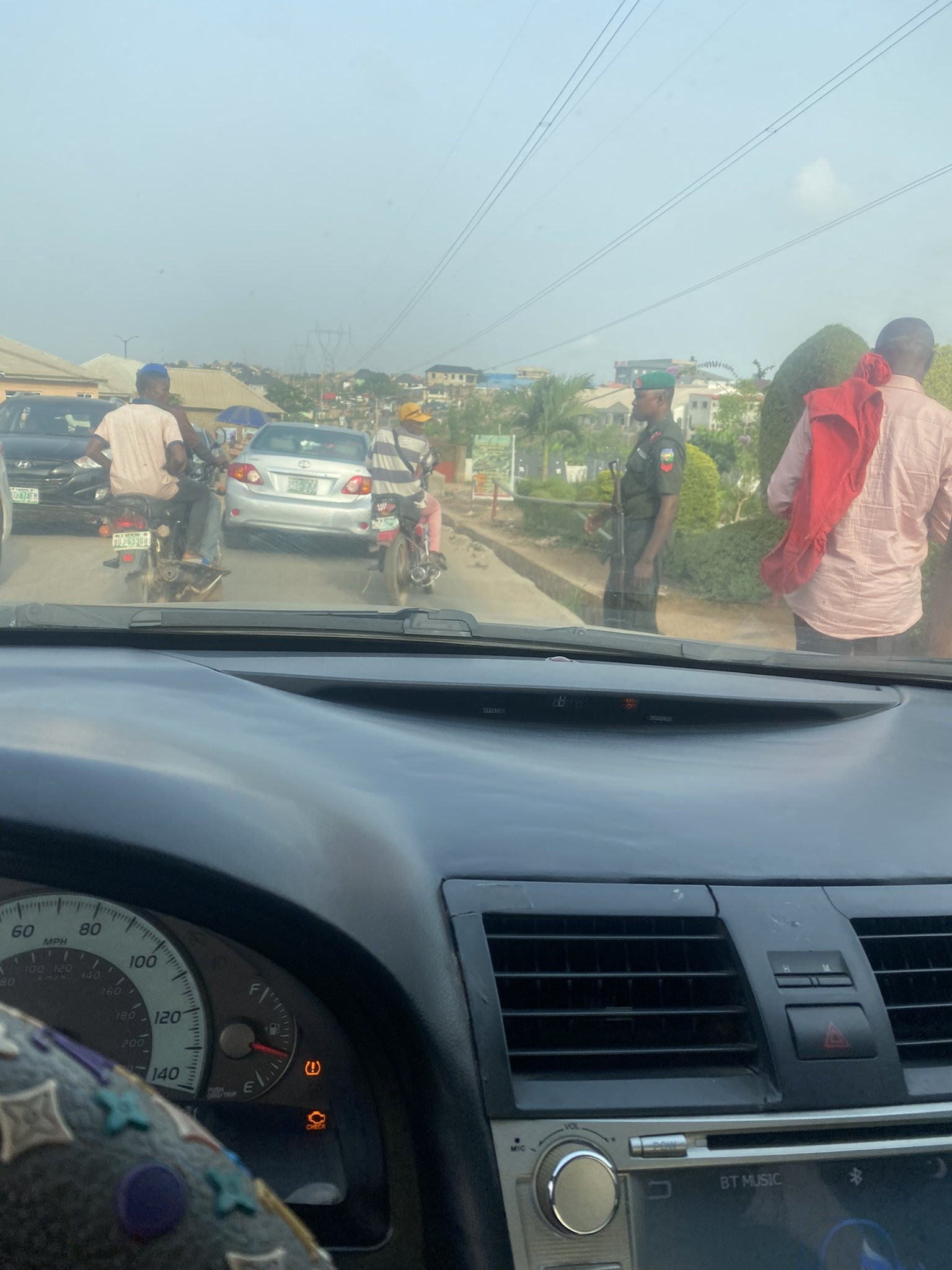 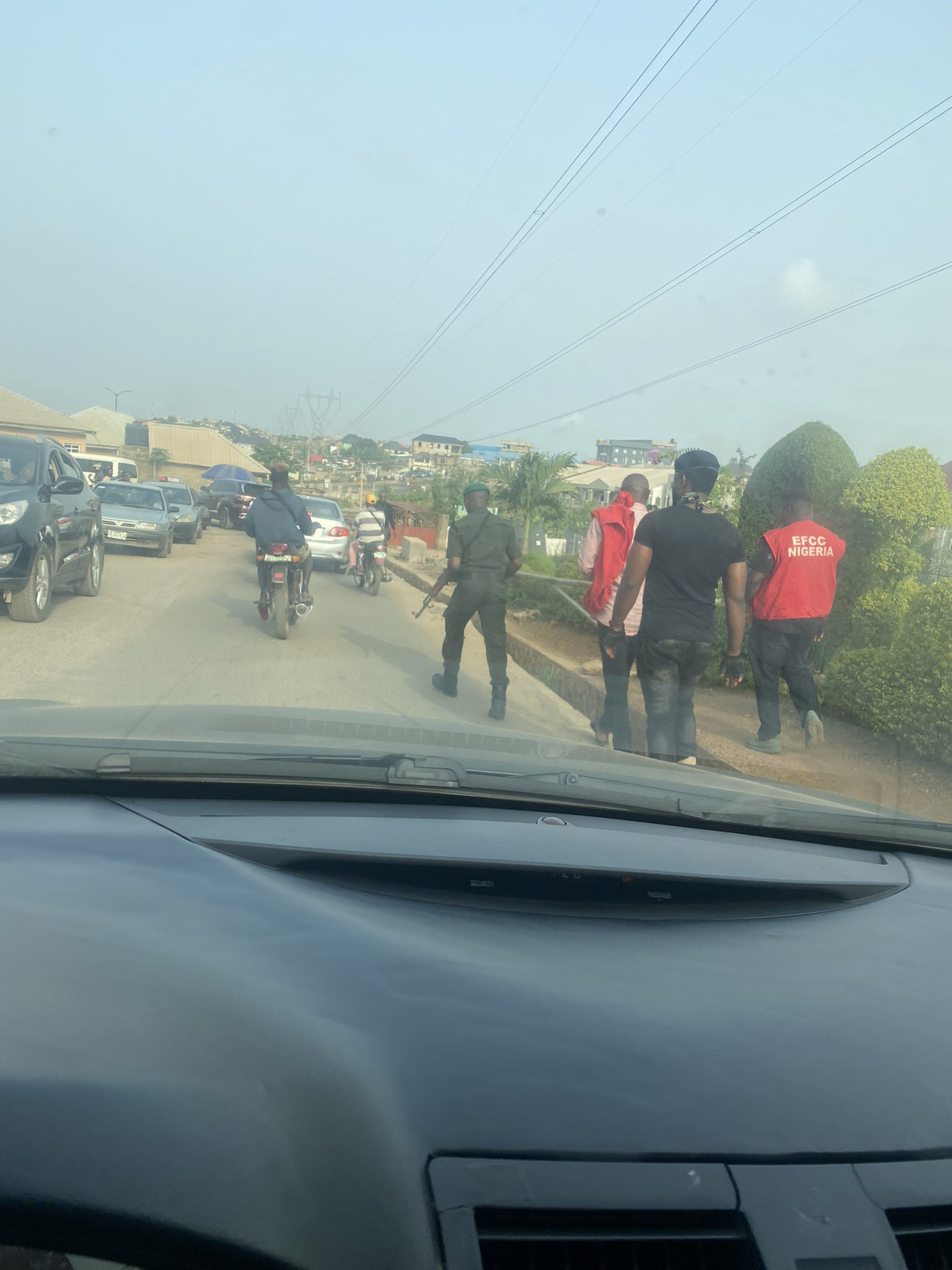 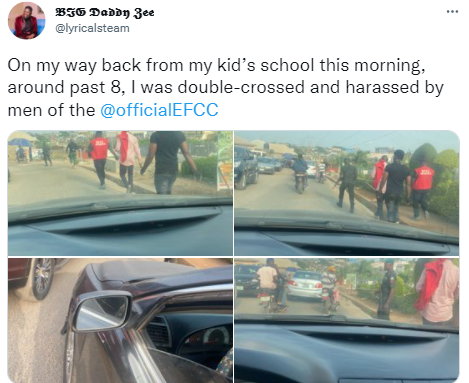 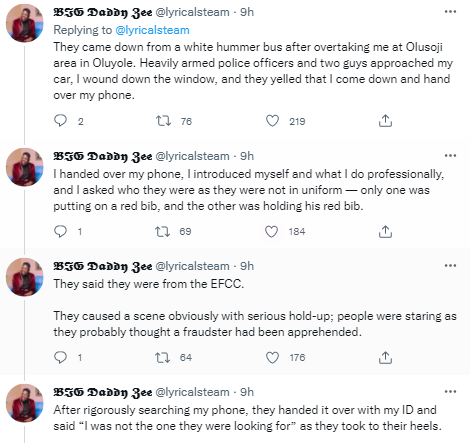 Related Topics:Economic and Financial Crimes CommissionEFCCMan Recounts Ordeal With EFCC Operatives
Up Next

Governor Soludo’s Daughter Speaks On Experience At The National Stadium

Cocaine Deal: There Will Be No Special Treatment For Abba Kyari; Kuje Prison Spokesperson Says