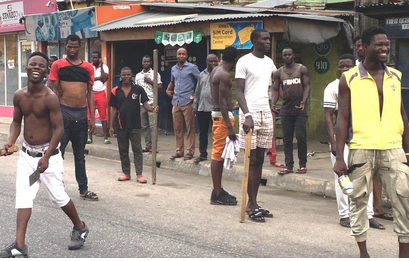 Details of how a Nigerian man was hospitalised after his wife’s brother led some hoodlums to beat him up mercilessly have been revealed.

”My friend’s sister was beaten mercilessly by her husband yesterday evening. Today my friend went to the house with some T/Wada hoodlums and beat the hell out of the husband. He’s lying helplessly in the hospital as I happily type this tweet” 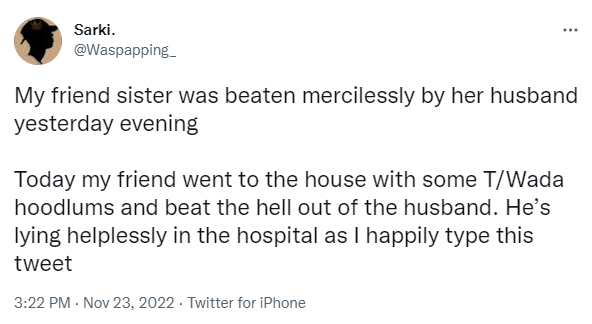 Related Topics:Man Hospitalised After Brother-In-law Led Hoodlums Beat Him Up For Beating Wife
Up Next