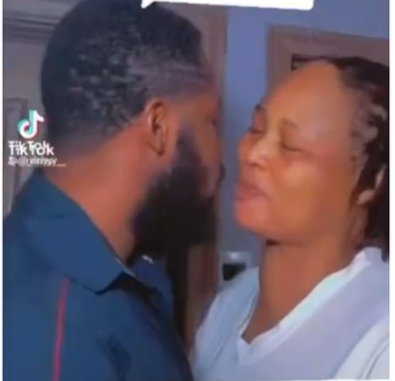 A Nigerian man who was criticised for marrying a woman almost the age of his mother has replied his critics.

The man had come under criticism after he shared a photo of his older wife, and people asked if he was not ashamed of her.

In an epic reply, the man shared a Tik tok video in which he is seen kissing and grabbing the boobs of his older wife. 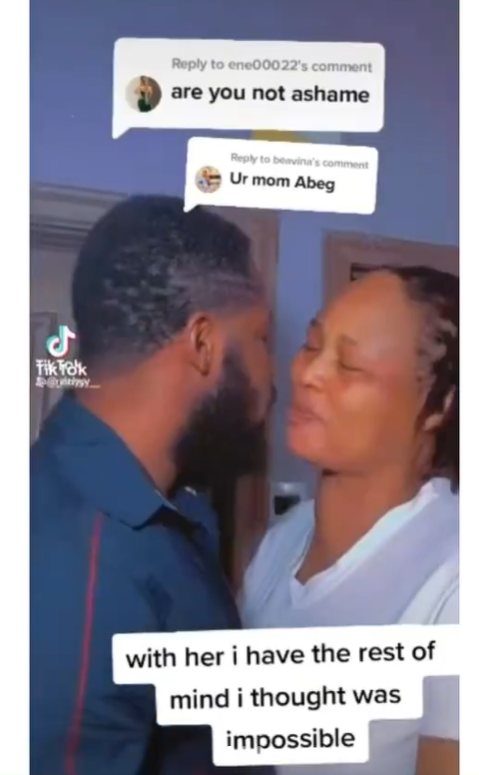 Explaining why he is married to the older woman, the man said that he found rest of mind in his wife despite initially thinking that it is not possible.