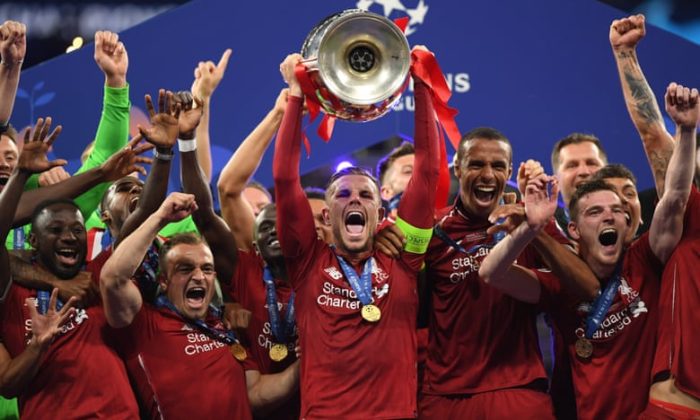 Liverpool has emerged winners of the English Premier League with 86 points.

The Jurgen Klopp-led team won the 2019/2020 season courtesy of a win by Chelsea over Manchester City.

Chelsea defeated Manchester City 2:1 in a match played on Thursday, June 25, with goals from Christian Pulisic and Wilian.

Pulisic goal scored in the 36 minutes was cancelled out in the 55 minutes by a goal by Kelvin De Brune.

The winning goal from a penalty came for Willan  Borges da Silva who scored at 78 minutes.

Liverpool automatically emerges champion of the league with outstanding matches to play.

Plot By The ACN Bloc To Dump APC Thickens