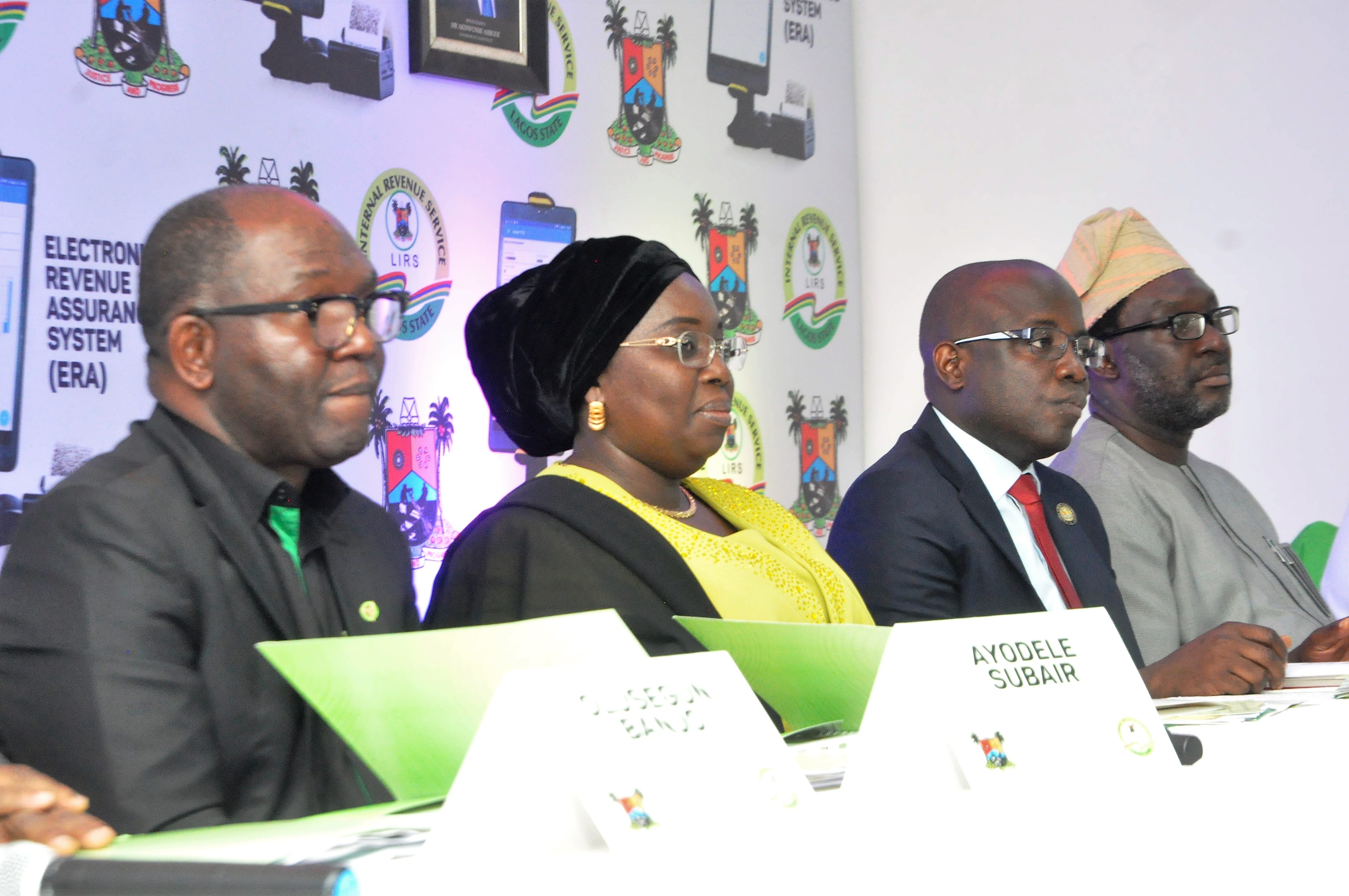 In its effort to leverage on e-payment and multi-modal payment portals, the Lagos State Internal Revenue Service (LIRS) has unveiled an automated invoicing system and technology device, Electronic Revenue Assurance system (ERA), at a stakeholders’ meeting held with hotel and business owners in the hospitality and Tourism sector of Lagos state at the Banquet Hall, State House, Alausa, Ikeja on Thursday, February 22, 2018.

With the theme “Fiscalization of hotel occupancy and restaurant consumption tax law” The stakeholders’ meeting highlighted the benefit of improving profit, sustenance of cash flow and reduction in revenue leakage for hotels, restaurants, nightclubs, bars and event centers owners in Lagos state through the ERA device.

In his eloquent speech at the official unveiling of Electronic Revenue Assurance system (ERA, His Excellency, Mr. Akinwunmi Ambode, Governor of Lagos State ably represented by the Deputy Governor of Lagos state, Dr. Idiat Oluranti Adebule reiterated his commitment to make Lagos state one of the largest economy and smartest cities in the world.

”Funds are required to enable government to actualize its objective of the provision of adequate infrastructure and services for the residents of expected of a mega city. Prompt payment of taxes is the way in which government is able to finance its activities.”

According to the Chairman of LIRS, Mr. Ayodele Subair, “The hotels, restaurants, nightclubs, fast food outlets, bars, event centers among others serve as agents of the government for the purpose of remittance of 5% consumption tax collected from customers through the LIRS new technology, Electronic Revenue Assurance System (ERA). The chairman also stated that the commencement of the new system takes effect immediately as LIRS officers will be visiting hospitality places to install the software and train their staff on the use of the new device.

The Electronic Revenue Assurance System (ERA) is a software application/device that issues invoices and receipts to consumers bearing a unique QR code. The receipt will also contain detailing of the items and/or services ordered and an embedded automation of Consumption Tax remittance in real time.

In his speech, the Commissioner for Finance, Mr. Akinyemi Ashade stated that “The hotel occupancy and restaurant consumption tax Law is not a new law but an existing law.  The device is to ensure efficiency and compliance of remittance of consumption tax from the owners of Hotel, Restaurants, Nightclub and Events centres in the state.

He assured that the protection of consumers and collecting agents’ details are confidential and will be used only for tax purposes.

Reacting to the newly introduced device, the President of Lagos hoteliers association, Mr. Adekunle Akilo noted that sensitization and training process for effective utilization of the device should be continuous to help business owners and consumers in the hospitality industry fully embrace the technology.

President of Association of fast food confectioners of Nigeria, Mrs. Kehinde Kamson stated “We will support Lagos state government on compliance and 100% remittance. However, the government through its agency, LIRS should create a level playing ground for all levels of business in the hospitality industry by initiating this device across the board especially the informal sector or unstructured businesses.

Incentive for consumption taxpayers, the LIRS is determined to give back to loyal consumption taxpayers who request for their receipts generated from the ERA System for an opportunity to participate in a draw and win attractive prizes.The LIRS urges consumers and customers of hospitality places in Lagos State to always demand for the ERA system receipts in the overall interest and benefits of all.