In recent times, cross carpeting has been the most popular trends in Nigerian politics.

From the opposition party, People Democratic Party (PDP), many have jumped ship to the ruling All Progressive Congress (APC).

While these politicians might not accept it, it is all in a bid to guarantee their political future.

Weeks back, former Governor of Akwa Ibom state, Godswill Akpabio, announced his defection to APC. Just in the same manner, ex-Delta state Governor, Emmanuel Uduaghan, took the same step, as he changed his party affiliation to the ruling APC.

Uduaghan’s move came after weeks of speculations about his defection, just in the same way speculation trailed that of Akpabio.

While Uduaghan maintains he joined the APC to make the life of his people more meaningful, Akpabio reason for changing allegiance is that he wants to help salvage the country. For the two, APC is indeed the new haven. 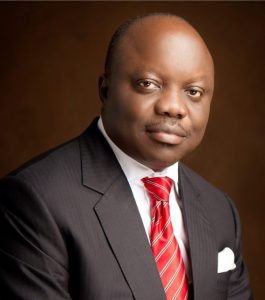 Kemi Adeosun: Yet Another Crisis