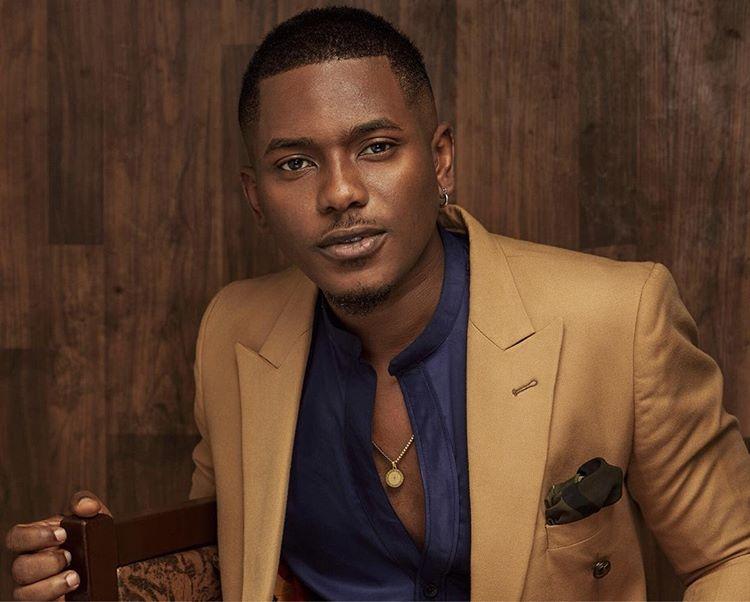 Days after being dragged on social media by his ex-girlfriend, Timini Egbuson has replied to his haters.

The Nollywood fine face actor recently sent a message to his haters, saying that being hated isn’t going to make him miserable or be in need of their help. 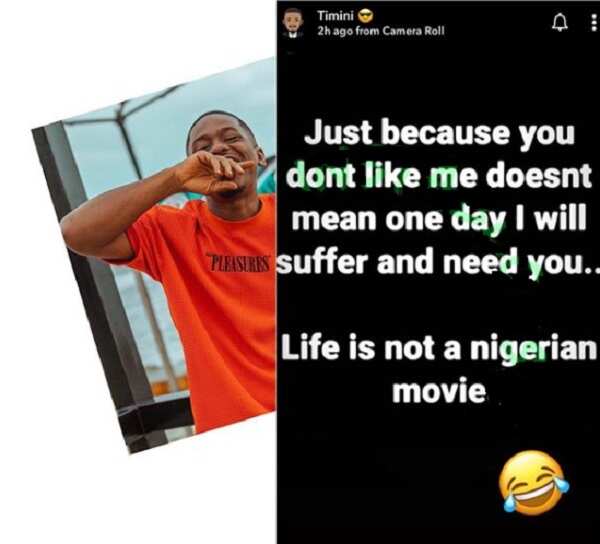 “Just because you don’t like me doesn’t mean I’ll suffer and need you. Life is not a Nigerian movie.”

Recall that Timini was dragged a few days ago for cheating on his girlfriend, Lydia. Read Here

A particular lady took to Twitter to expose him as a cheat. The lady identified as Toju in her numerous tweets, called out the actor’s girlfriend, Lydia, for threatening to deal with her because she had an affair with him.

Toju admitted to sleeping with the actor on several occasions and challenged Lydia to a physical fight.