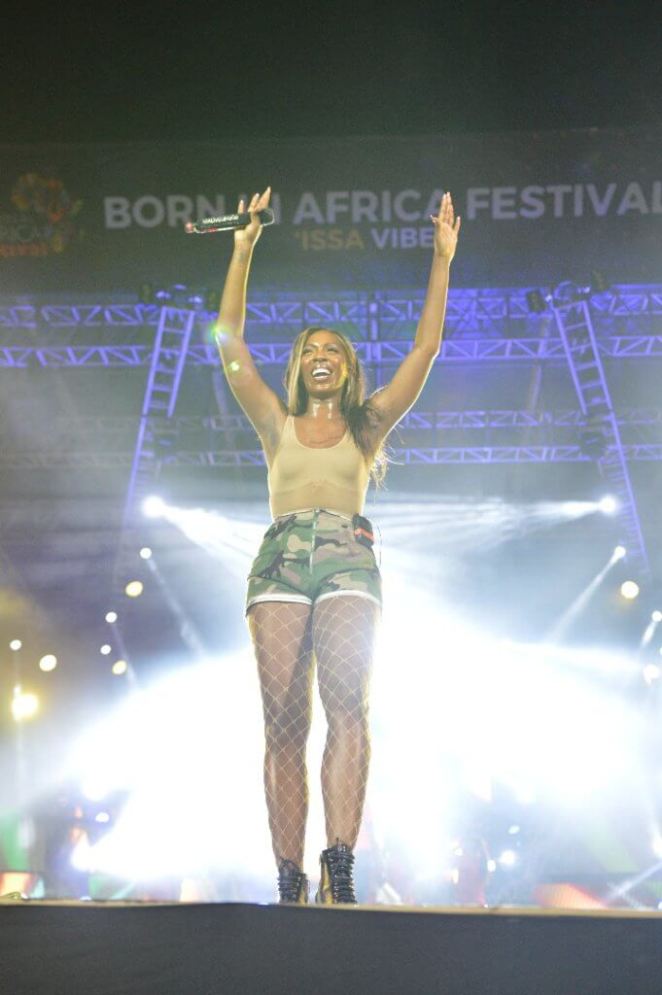 Mavin Records singer, Tiwa Savage, is not worried about the 200 million lawsuit brought against her by singer, Danny Young.

Danny Young and Tiwa Savage have been at loggerheads for a while over what he termed copyright theft.

Since Danny Young revealed that he had sued Tiwa Savage, the ‘One’ singer has hardly shown any sign of being worried.

Rather, it has been celebration galore for Tiwa Savage, who recently took to the social media to celebrate her being added to the lineup of the 2019 Wireless Festival.

With her addition to the artists’ lineup for the Wireless Festival, the singer sets a record of being the first female Afrobeat artists to perform in the festival.