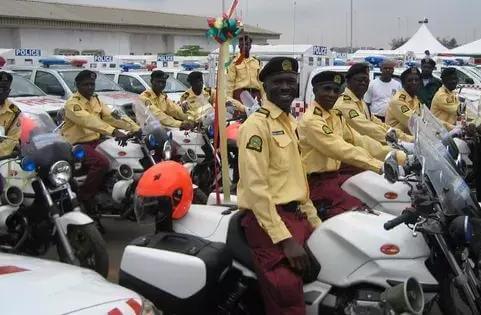 At least,  two officials of the Lagos State Traffic Management Authority (LASTMA), were caught on camera fighting passengers in a vehicle transiting from Ikeja to Obalende.

The LASTMA officials with badge name E. A. Fagbuyi and N. Oladega accosted the bus driver at Toll Gate (7up) bus-stop, along Berger road in the Lagos State, after accusing him of boycotting them since last week.

They went on to demand money for the supposed ‘offense’. The bus conductor said that the officers were seeking N100 bribe, and things took a different turn after Fagbuyi took charge of the vehicle and began heading to an unknown location. 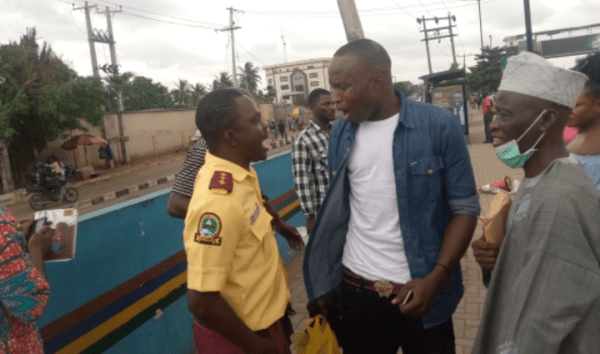 It was gathered that after the passengers protested, the heated argument that ensued degenerated into a physical combat. During the fight, Mr. Oladega assaulted one of the passengers identified as Sandra and also broke her phone screen.

The officials allegedly threatened to harm the lady for demanding that her phone be repaired. Sandra was quoted as saying that:

“I have been molested and I can’t take it. I was receiving when one of the officials came to drag my phone and threw it on the floor. He broke the screen already. These guys are thugs and should not be accommodated in Lagos.” 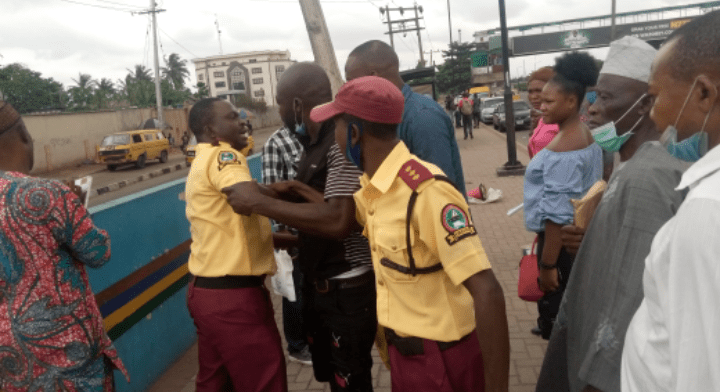