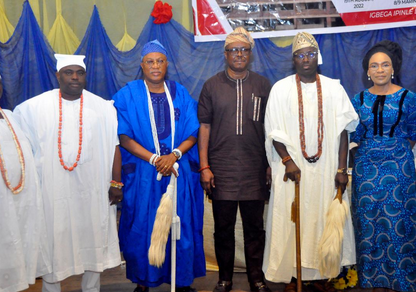 Lagos State government at the weekend expressed hope to hit 95 percent budget performance by the end of the year as it continues to engage stakeholders in preparation for the year 2023 financial plan.

It would be recalled that almost fortnight ago, the Commissioner for Economic Planning and Budget, Mr Sam Egube reviewed the Y2022 total budget performance at achieving 77 percent from the N675 billion expended from N880 billion and the total revenue realized  at 81 percent.

Represented by the Special Adviser to the Governor on Economic Planning and Budget, Aare Bayo Sodade at the ongoing Y2023 budget consultative forum for the Lagos Island division at the weekend, held at the Agip Recital Hall, MUSON Centre in Marina, stated that the Sanwo-Olu administration have set a must achieve initiatives before May 2023 elapses which was decided at one of the State Executive Council gatherings.

He noted that with less than 280days to the end of the present administration, some projects and initiatives in line with the T.H.E.M.E.S development Agenda would be completed.

He said “For the 2022 budget, our revenue is performing at 81 percent and the total budget performance is 77 percent. We hope that towards the end of the year we will move closer to between 80 to 95 percent performance.

“There are about 28 “Must Deliver” initiatives for the THEMES agenda to be completed before 29th May 2023 as agreed at the Lagos State Executive Council.”

Appreciating past and present Governors of Lagos State, Oba of Igbobi-Sabe, Oba Owolabi Adeshina Adeniyi commended Governor Babajide Sanwo-Olu administration and urged the people to pray more for the governor as he continues to deliver people-oriented project and programmes.

The Consultative Forum is aimed at transparency to the states budgetary preparation process and also an avenue for Government to update stakeholders on half year performance of the Budget, as well as soliciting their views and inputs in it.