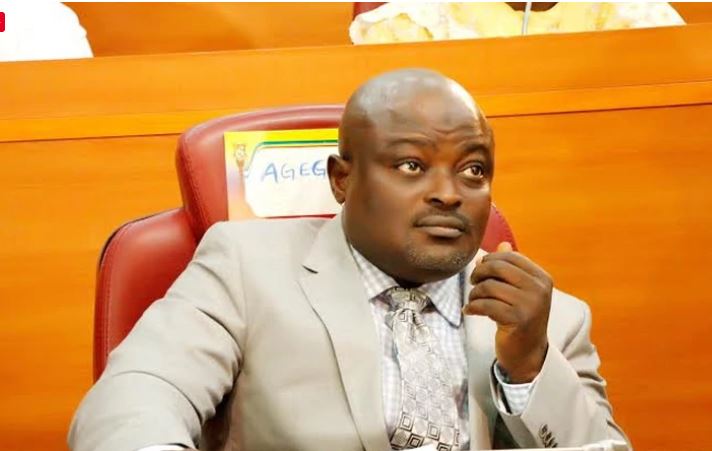 The Speaker of the House, Rt.hon.Mudashiru Obasa said the suspension is as a result of gross misconduct and insubordination as against Section 68,70, 4a,4b 2 and 3 of the Constitution in actions that can destabilize the House, ” as we all know, the Parliament is the heartbeat of every Democracy and its sanctity is key, this should be guided, hence the need to discipline where it is lacking. The House hereby vote and move that Hon.Moshood Oshun representing Lagos Mainland II and Hon.Adewale Raheem are suspended indefinitely”.

Presiding over Plenary, Rt.hon.Mudashiru Ajayi Obasa said “Notice of change of leadership in line with provisions of Section 35 of rules, Standing Order of Leadership of Lagos State, we the underlisted members of this House of Assembly wish to notify the House of our resolve to change the following Leaders: Chief Whip, Hon.Rotimi Abiru and Deputy Majority Leader, Hon Olumuyiwa Wahab Jimoh”

The Petition was unanimously signed by 27 Honourable Members and was read by the Clerk of the House, Mr.Sanni Azeez.

Earlier, the House committed the Land Use Charge Regulation 2020 and the New Stamp Duties Design and Electronic Franking Regulations 2020 to Committee on Finance to report back in a week.