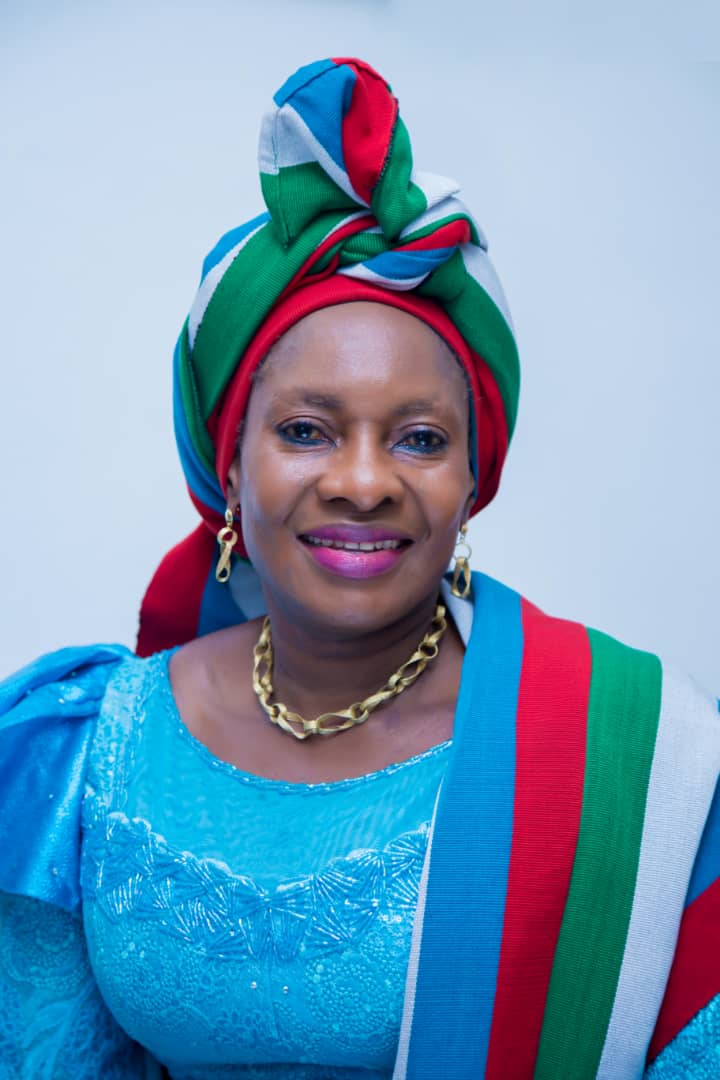 Humility is a good virture, however when it becomes too much, it turns stupidity.

A speaker at the Women in Politics Dialogue (WIMBIZ) event which held at Transcorp Hilton in Abuja on Saturday October 12th, Tallen had encountered the Speaker of the House of Representative, Femi Gbajabiamila who was also a speaker at the event. 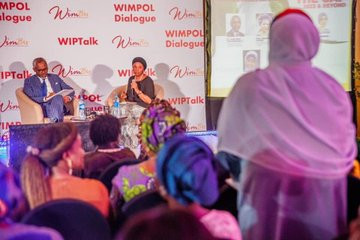 The singular act though of respect by Tallen has turn a subject of criticism and condemnation by a lot of women who have taken to Twitter to react. 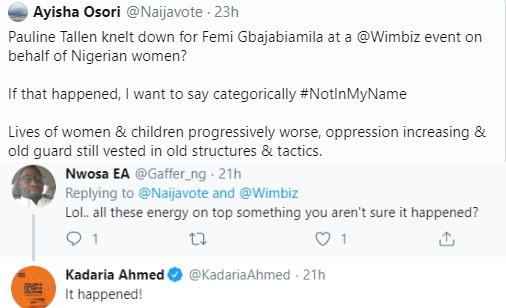 Nigerian women found the act distasteful and have taken to Twitter to react. See their tweets below. 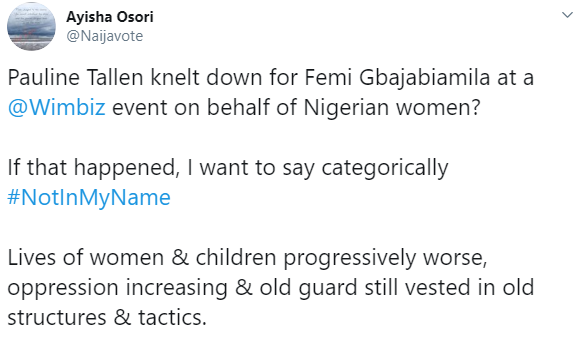 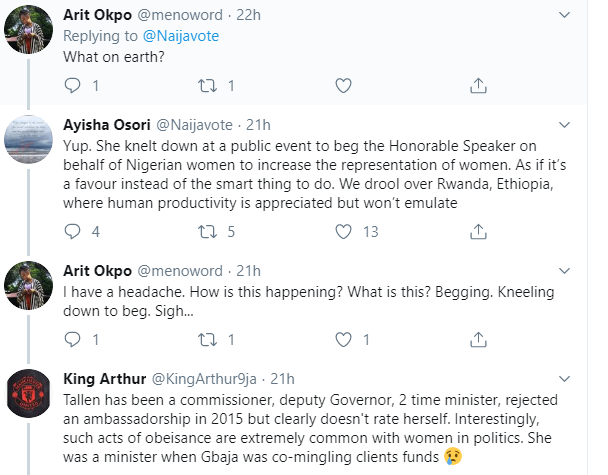 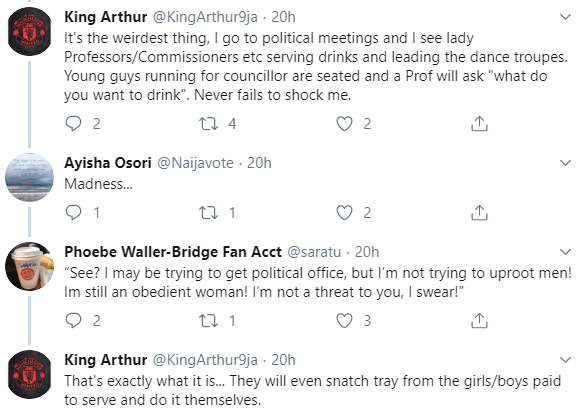 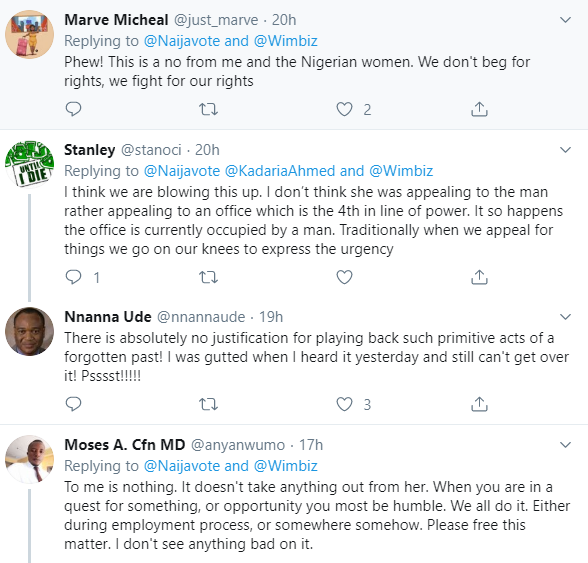 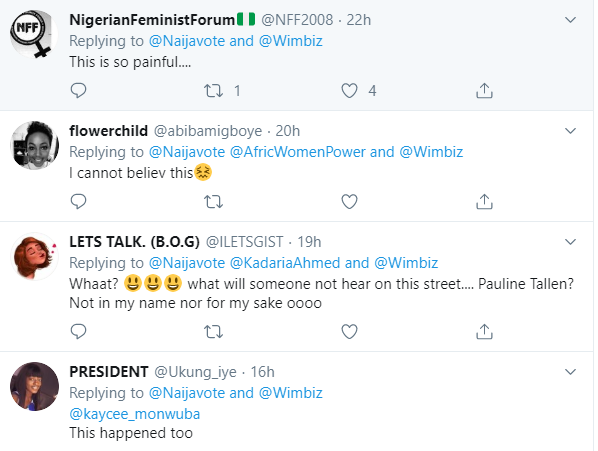 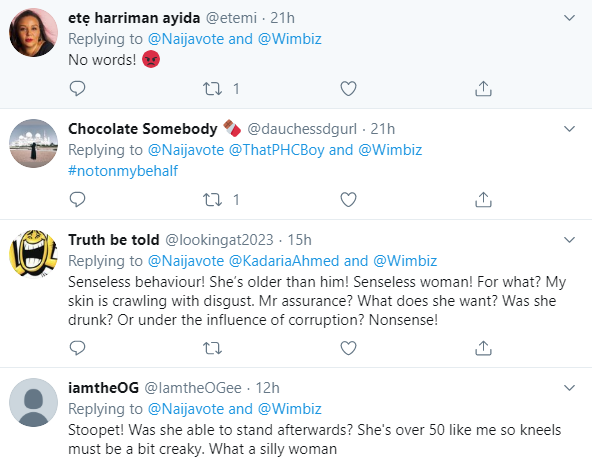 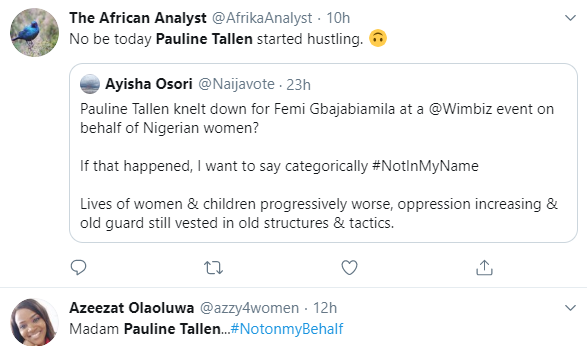 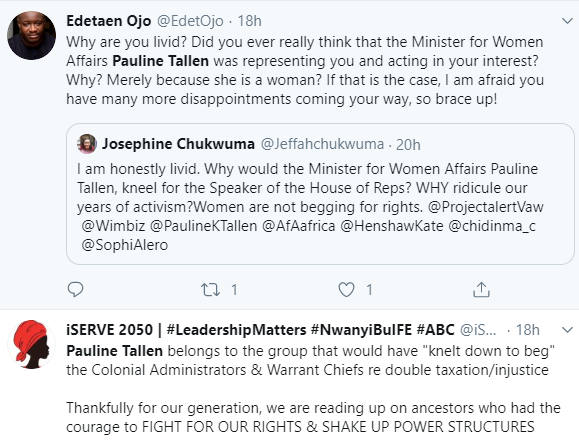 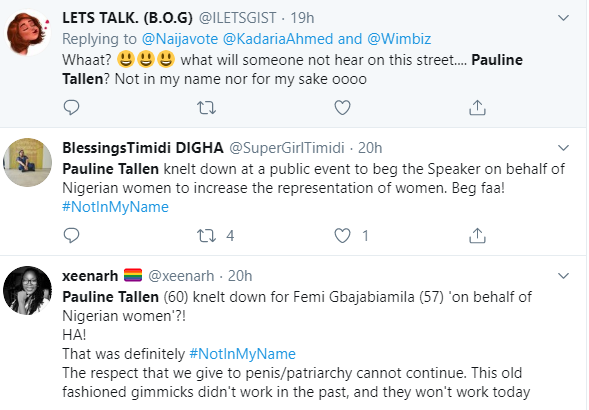