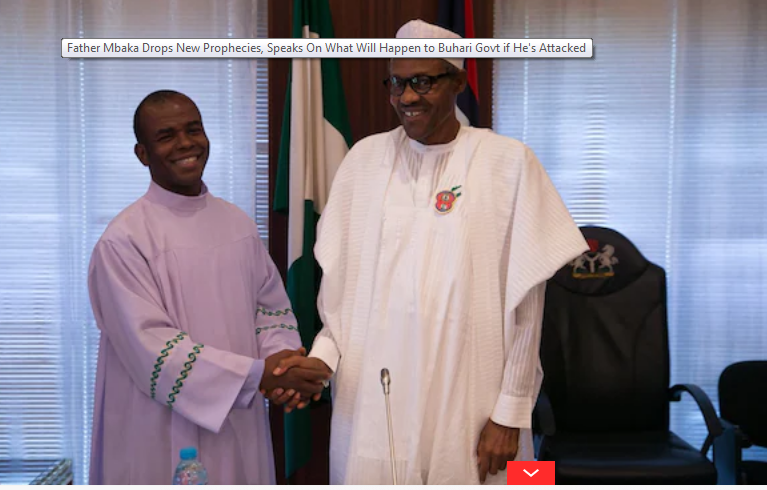 Supporters of Reverend Father Ejike Mbaka have taken to the streets of Enugu to celebrate after the catholic priest resurfaced following reports he had gone “missing”.

Recall that Enugu residents took to the Enugu Bishop’s lodge to protest and ask for the whereabouts of the priest who was last seen on Tuesday, May 4.

Ohanaeze Youth Congress (OYC) gave the federal government 48 hours to ”produce” the Enugu-based Catholic priest who called for the President’s impeachment or resignation days ago over insecurity.

Mbaka surfaced as he was seen waving to protesters through the open roof of a moving car.

In a video shared, supporters of Mbaka and operatives of the Nigeria Police Force (NPF) are seen surrounding the clergyman, as he waved at those who had gathered to protest his alleged disappearance.

There had earlier been rumours that the DSS had picked up FatherMbaka following his call for the resignation of President Buhari. 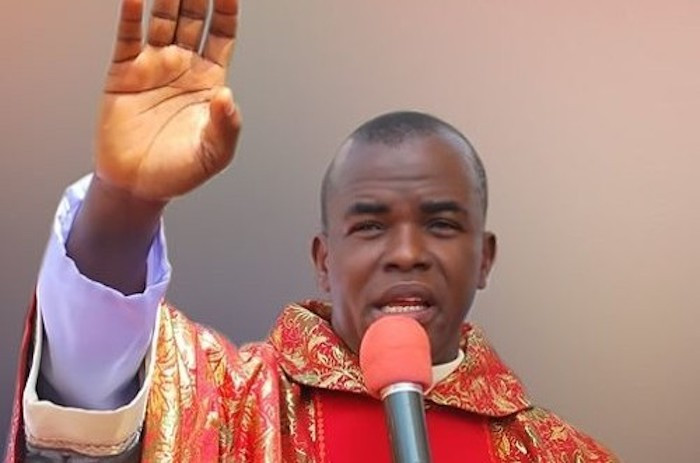