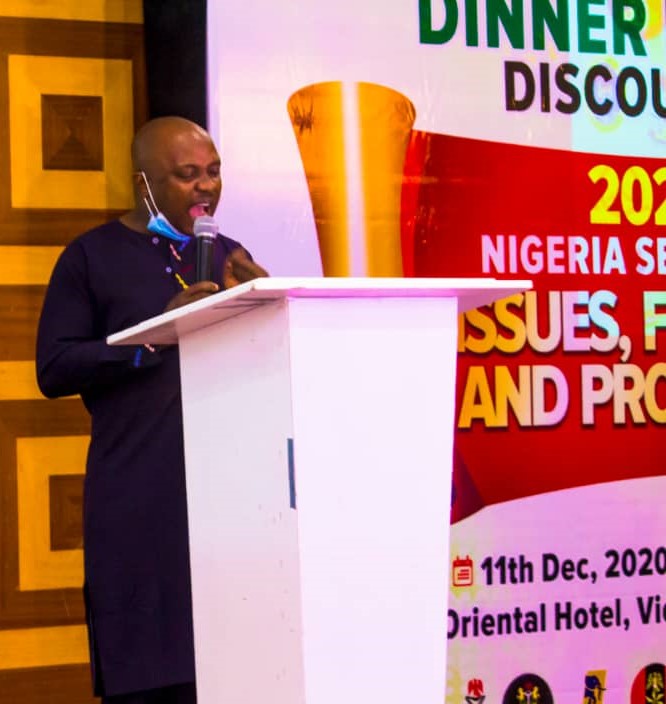 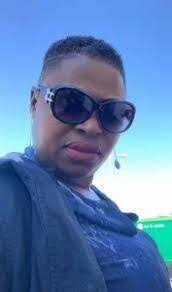 A smelling mouth shouldn’t try to whisper words into anyone’s ears because of the odour. One of the funniest proverbs I have heard in recent times. Maureen Badejo, how dare you talk about me in that polarised illiterate consuming worthless Facebook program of yours, GIOTV, GIO NONSENSE.

A show that lacks any form of pedigree A PROGRAM DESIGNED FOR CHEAP CONTENT AND BLACKMAIL, stories with no proper facts and justifiable investigations, a comic relief and a laughable outburst of a mental psychological case.

Before I go further, let me introduce myself to you properly, so you know who you are dealing with and understand why I will keep exposing your lies and treasury to your viewers , because they are the ones that needs to be redeemed of what you are doing

Femi Oyewale is unarguably one of the most intelligent media personalities in Nigeria, with his recent emergence as the president of National Association of Online Security Reporters known as NAOSRE. Born on October 3rd, 1977 in Lagos, he graduated from Olabisi Onabanjo University where he finished among the top three, from the department of English.

His journey into media was under the tutelage of his godfather, Mr Femi Adesina while in defunct Concord Newspaper. From there, he joined Encomium Magazine under the leadership of Mr Kunle Bakare and Mr Azuh Arinze who are adjudged one of the best in their chosen careers.

Within the spare of 5 years, the medium has risen to become a force to be reckoned with. He is also currently the national Public Relation Officer of the Nigerian Guild Of Investigative Journalist. A part of his business is creating positive awareness campaigns around the Christian community by giving a voice to ministries through his online publications

Now back to you Maureen, do you have a CV of any kind, THAT GIVES YOU THE IMPETUS TO SPEAK ABOUT THE INTEGRITY OF ANY ONE, how much more people WITH PEDIGREES, that all the descendants of your lineage and generations put together cannot attain their feat, hold on Maureen, other than being a fraudster, home wrecker, marriage scammer, garrulous, a blackmailer and a LIER? What and how can you really describe yourself, we know your story, of how you left Nigeria, how you left your husband, how you registered a church in England under limited liability instead of an NGO because I believe you had ulterior motives , Maureen we know you.

Let me tell you why I followed you up on Dr D.k Olukoya’s case, it’s because from the very beginning your allegations were based on lies and emptiness and I will state a fraction of them below.

(1) you said his child was bought for a price and that he wasn’t the father and I replied you through proper investigation that the child was the flesh and blood of Dr DK Olukoya , born at a very popular hospital in London which I mentioned earlier and you can still go and find out

(3) You said the Dr D.k Olukoya’s son Elijah had 6 billion naira at Heritage bank, meanwhile from our findings Elijah doesn’t even have a bank account in that bank

(4) You said the marriage of Dr Olukoya is no longer valid , that the wife had left for Canada but from our finding the lady in question visited Canada sometime in 2007 and she is still very much enjoying her marital journey unlike you that has had 3 failed attempts at marriage

(5) You claimed that there was a brow in one mfm branch in London where people had guns and were shooting and even played a video for evidence meanwhile , it was a political brouhaha in south America , Dominican republic to be precise and I brought out the true story

(6) You said a house called Shiloh was demolished because you spoke about it and that it harboured virgins, meanwhile when we decided to look into the case we realised that it was a building that was instructed to be pulled down by the Lagos state government cause of safety reasons and another house was built for the occupants, that where families and people alike not virgins.

(7) 7. You said that Mrs Shade Olukoya (Dr Olukoya’s wife) is on the church payroll and she is earning a salary in the sum of 35,000 pounds from MFM. Although as a pastor, she is entitled to a salary but from our findings she has never taken a penny from MFM UK.

(8) You continued in your many lies that a particular pastor from MFM UK paid the sum of 150,000 pounds into the personal account of Dr Daniel Olukoya and then went to Nigeria to meet the GO so he could help him cover up his fraud. We later found out that no pastor has ever paid a cent into DRs account and these were fabricated stories

(9) You said That Dr Daniel Olukoya has abandoned his family members, refusing to take care of them. Meanwhile, members of Dr Olukoya’s family from both sides are all still alive to bear witness to the contrary, as matter of fact I believe that there are a few GENERAL OVERSEERS that take care of people worldwide like DKO. That is if there is any.

(10) You ignorantly told your viewers that Dr Daniel Olukoya as well as all the MFM UK Trustees are thieves because they are all deeply involved and participated in the alleged fraud that is being investigated by the Charity Commission. Unknowingly, the charity commission case was a fraud against mfm by a pastor and an external auditor and DK Olukoya was never a part of It, these are information you will never know because you don’t have that kind of intelligence

Maureen let me stop here out of you over 1000 lies and fabricated stories. We know you, and how you operate, how you arrange fake callers, how you don’t let other people with the right views speak. When people call into your show to correct your misinformation, you react like a person with a mad dog disease and display more of your ignorance to your ignorant viewers, whom the devil is snatching away through your bogus and inconsequential program

For your information I am a true journalist and my work takes me to different places including churches. For you to think that because I write about TB Joshua and other ministers means they are now related or friends , it simply shows that you have a tiny brain that doesn’t think, another proof of your pack of lies. To the best of my knowledge ma, TB Joshua and DKO are two different personalities and ministries , and to the best of my knowledge, nothing connects these two people. So once again, do your investigations before you come and ventilate nonsense on the air. I believe I have spent too much time on your matter but I just want to make it clear that you have no business being in any kind of journalism be it blogging vlogging facebooking or whatever people call it these days. But I have one advice for You, Repent! Repent! Repent! Before it’s too late.

Related Topics:Femi OyewaleJournalist; Femi Oyewale Blasts Maureen Badejo; "You are Too Small"MAUREEN BADEJO
Up Next