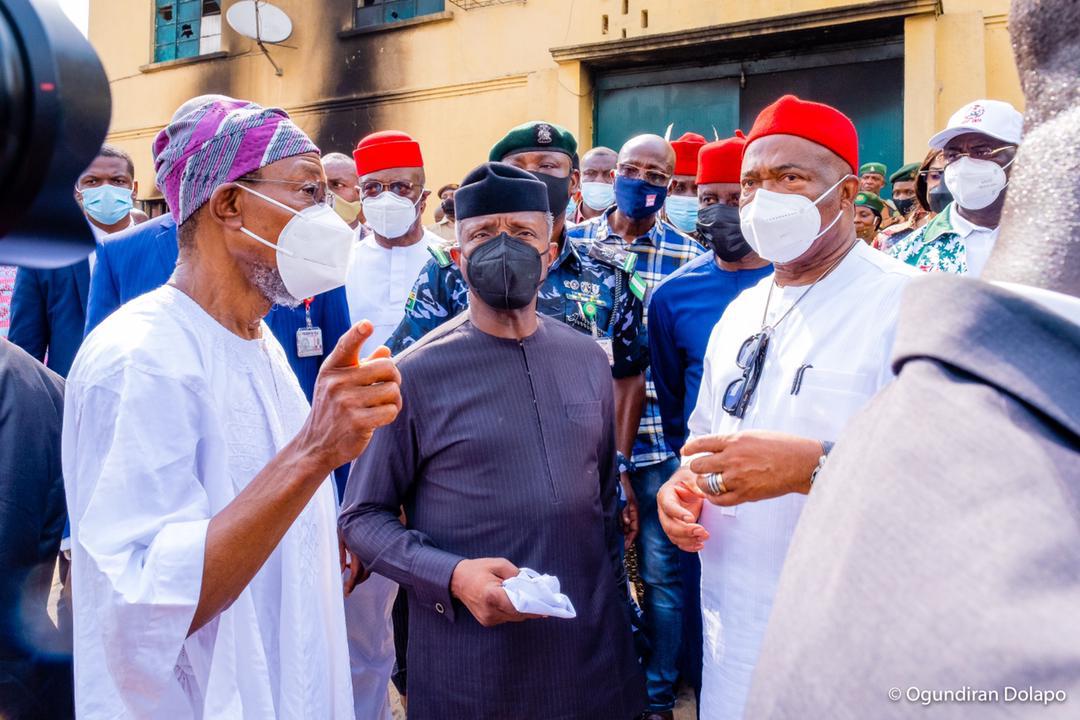 The Nigerian Correctional Service (NCS) has released the names and pictures of some prisoners who escaped from a correctional centre in Owerri, Imo State.

The NCS on Friday, April 9, via Twitter began to release the identities of the inmates in batches.

The Nigerian Correctional Service has asked for the public to assist in the re-arrest of the fleeing inmates, as it unveiled the identity of 45 of the escaped inmates. 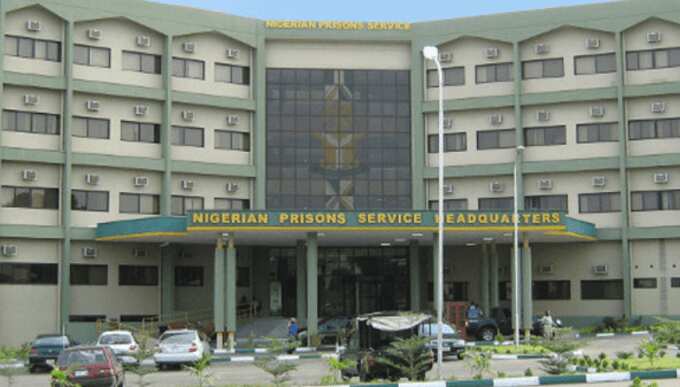 Recall that 1,884 inmates were freed when the centre was attacked by gunmen on April 5.

However, as of Thursday, April 8, about 78 of the escaped persons were said to have been found.

During a visit to the facility in Owerri, Rauf Aregbesola, Minister of Interior, had said inmates who returned voluntarily will not face sanctions for escaping from custody, but added that those who decided otherwise would be prosecuted.

On his part, Hope Uzodimma, the governor of Imo State, had condemned the attack and promised improved security around similar facilities across the state.

He claimed that aggrieved politicians sponsored the recent attack on security facilities in the state. The governor alleged that some politicians want to destabilise his government and that of President Muhammadu Buhari. 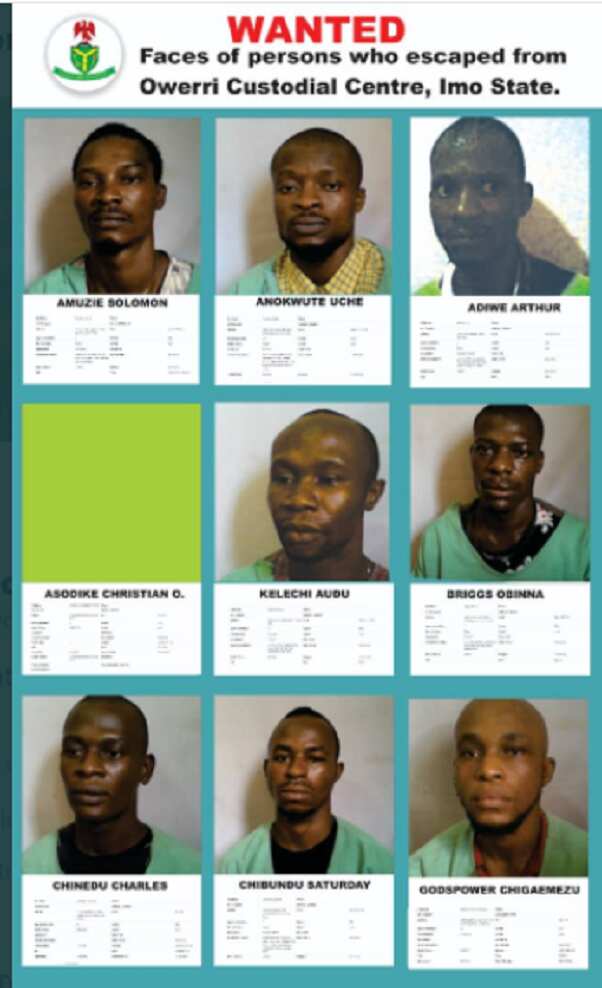 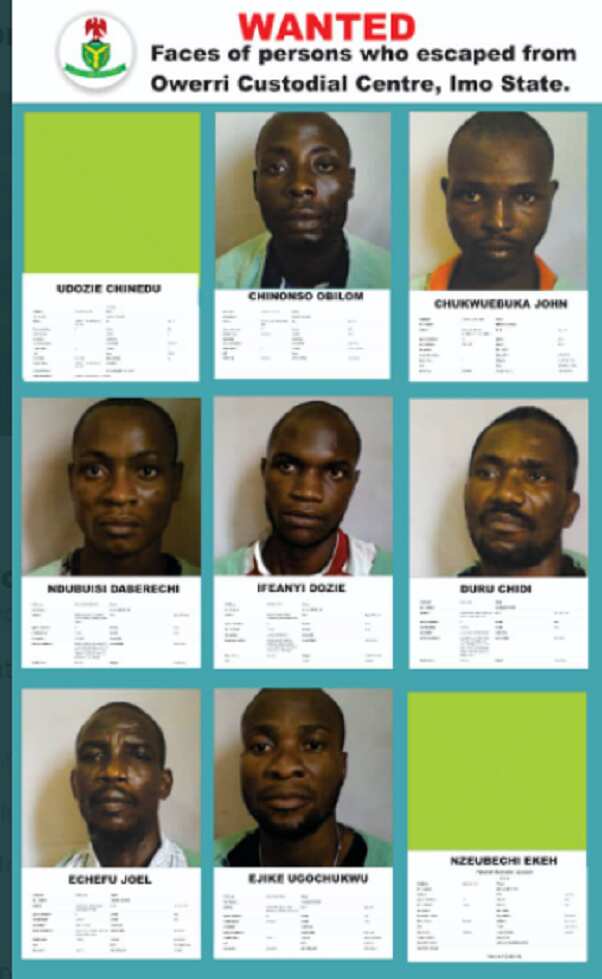 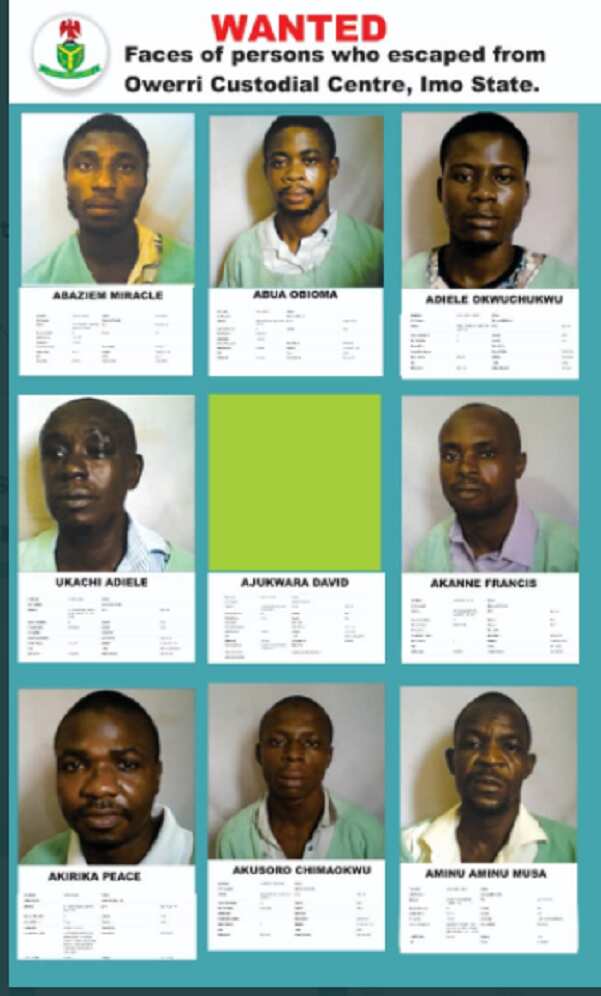