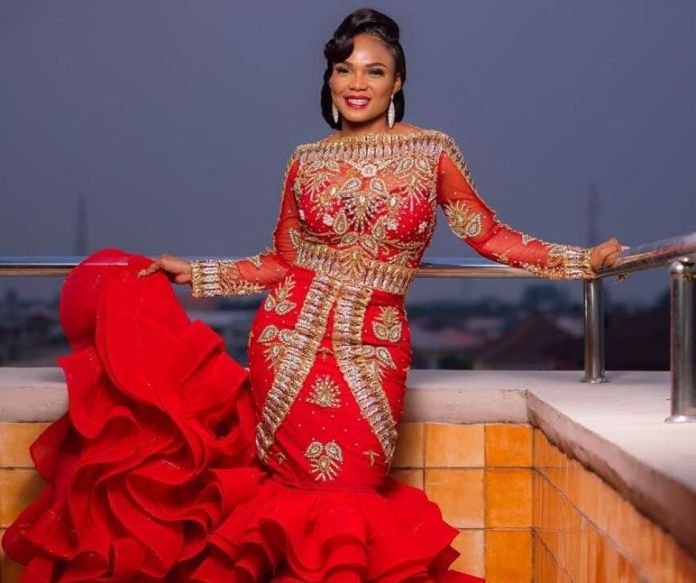 Actress, Iyabo Ojo, has reacted to a video in which an elderly man was shown castigating her for her position on the Baba Ijesha rape saga while tarnishing her image and wishing her death.

Reacting to the video in which she was tagged a prostitute who “has done lots of things with men” and “has slept with so many men”, the actress said that no one can kill her without the consent of God.

She fingered Baba Ijesha and Yomi Fabiyi, as having something to do with the death threats on her life.

She told both men and also the women “plotting and trying all manner of evil” to bring her down that they will not succeed. 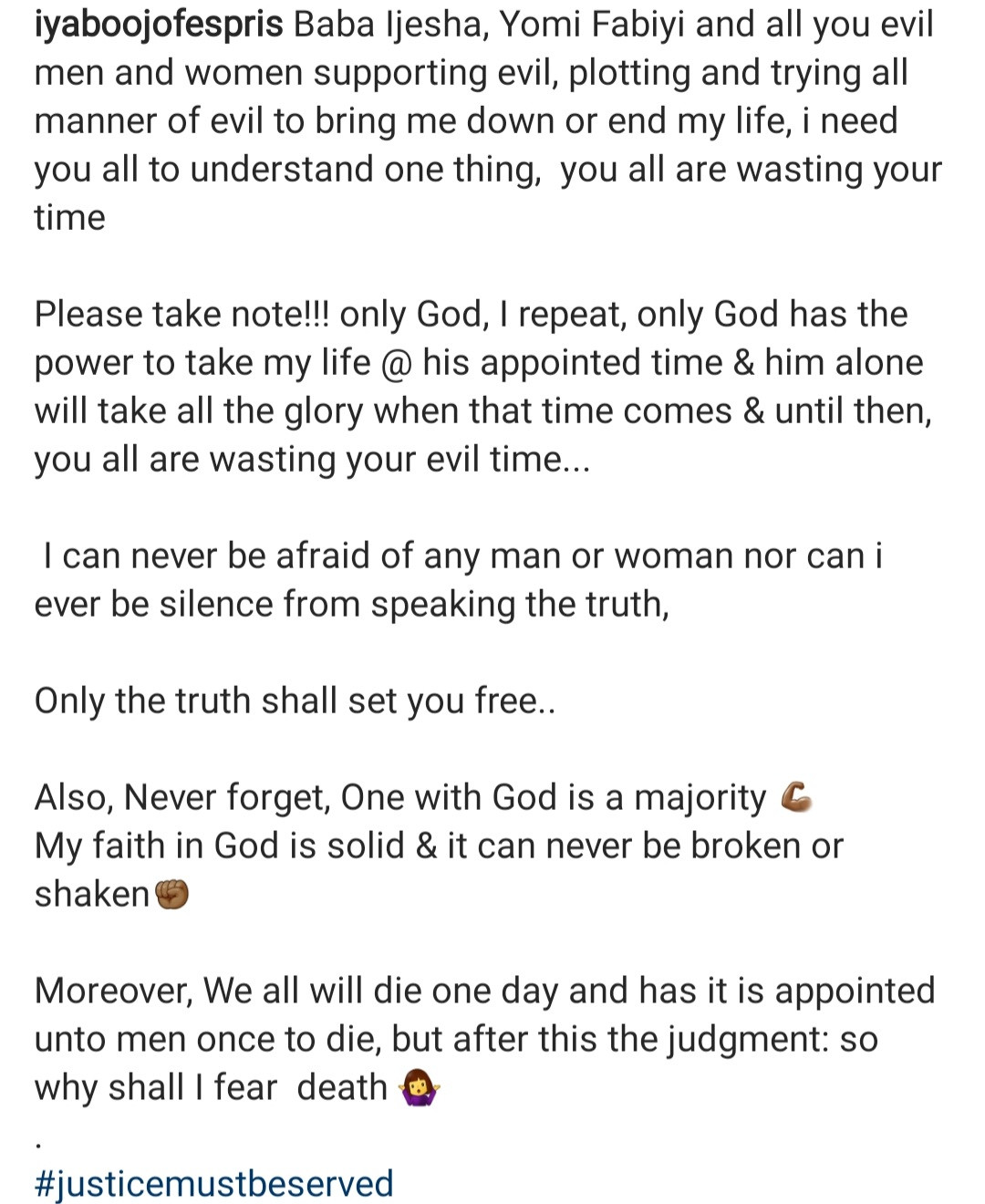 The elderly man also alleged that Iyabo is insisting that Baba Ijesha must face justice “because Baba Ijesha did not settle her and Princess very well, hence they used that one to tarnish his name.”

He added that God will tarnish Iyabo’s image and that she will “suffer and die”.

When told that Iyabo Ojo was fighting for a good cause, the elderly man blamed Iyabo for the abuse of the child by stating that Iyabo taught the child to be promiscuous.