The Indigenous People of Biafra (IPOB) has reacted to the inability of the Department of State Services (DSS) to produce its leader, Nnamdi Kanu, at the Federal High Court, Abuja today Monday, July 26.

Recall that Justice Binta Nyako who presided over the re-arraingment of Kanu adjourned the case till October 22 due to the failure of the DSS to present Kanu in court. 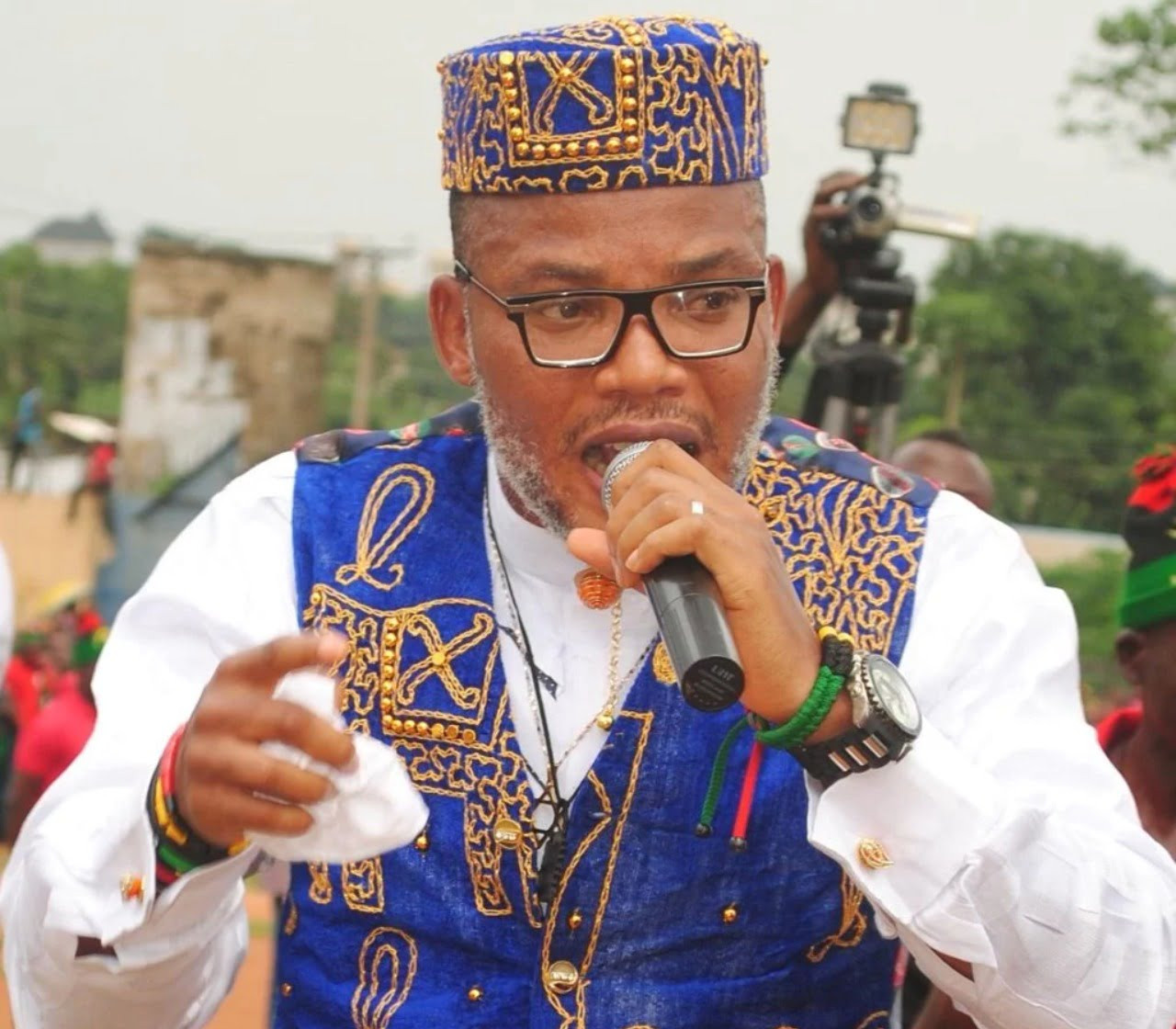 In a statement released by IPOB spokesperson, Emma Powerful, he said that the group hoped Kanu has not been killed. IPOB dared the Nigerian government not to joke with its strength while calling for the release of all its members who were arrested for coming to the court to show support to their leader.

The statement in part reads:

“We the global family of Indigenous People of Biafra under the command and leadership of our great leader, Nnamdi Kanu, condemn the seek and hide attitude of the Department of State Services, DSS, and its systematic delay and failure to produce our leader in court today in Abuja.

“This was a deliberate and wicked plot to inflict further torture on our leader who they have kept incommunicado for some days now. In the past seven days, DSS has refused our lawyers and our leader’s family members access to him. This is wickedness!

“We are no longer comfortable with this development. We have enough grounds to suspect foul play. With the failure of DSS to produce our leader in court today without any cogent reason and coupled with the torture meted out to him since his abduction in Kenya, we are worried about the safety of our leader.

“The failure of DSS to produce our leader in court today is confirming our fear over the uncertainty concerning his health. Considering his deteriorating health condition since he was kidnapped and the refusal of DSS to grant him access to his personal physicians, it is possible that our leader may have been killed.

“DSS should prove us wrong by producing our leader in court or granting his lawyers and family members access to him. We are running out of patience. Nigeria should not take IPOB for granted. Our leader must not die in detention.

“We also demand unconditional release of all those arrested today in Abuja and other parts of the country for their solidarity with our leader. Nigeria must release them.”

Related Topics:DSSIPOBIPOB Reacts To Nnamdi Kanu's Absence In CourtNnamdi Kanu
Up Next

Why Sunday Igboho Has Not Disappeared From Custody-Imam Oladejo