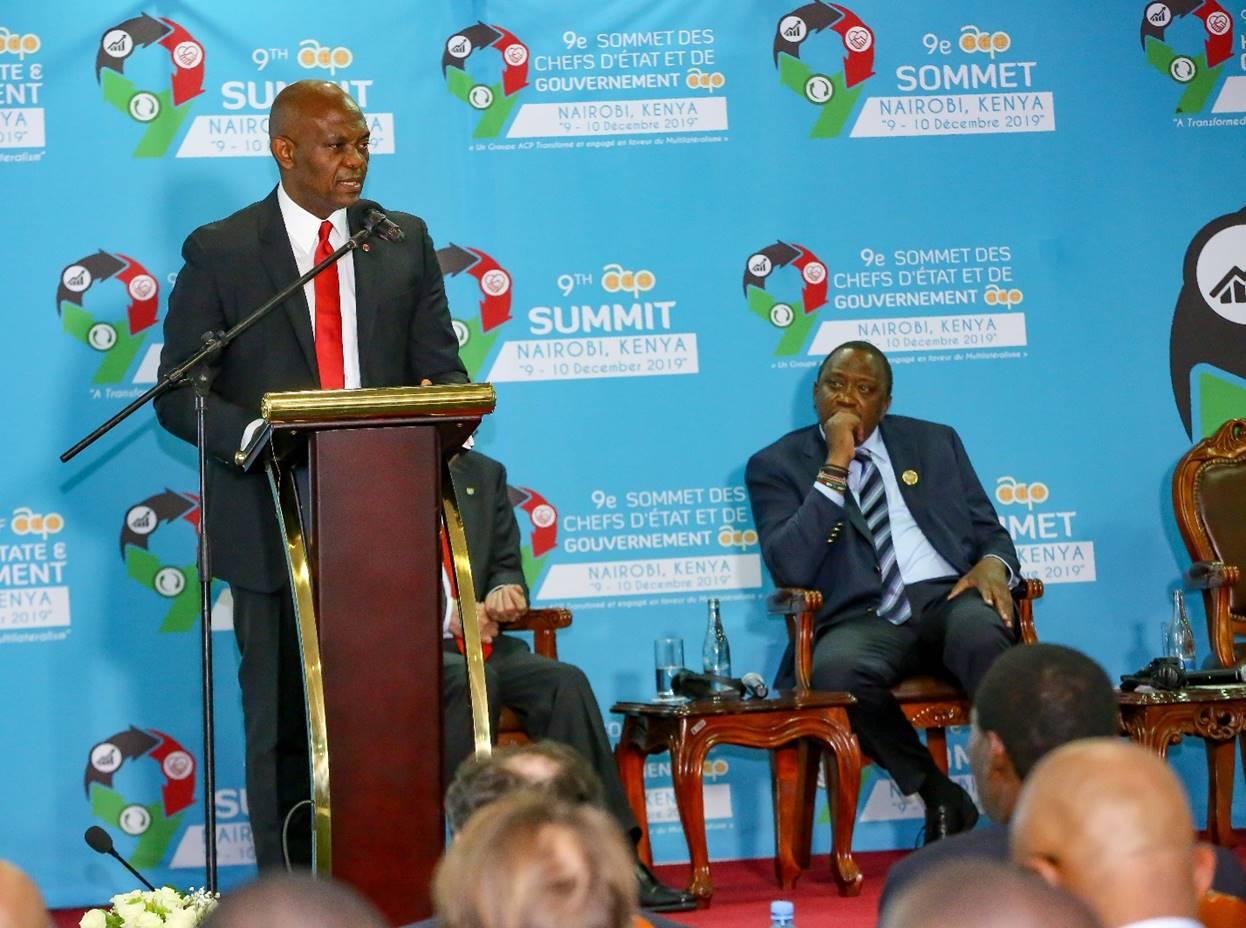 He said this while presenting the keynote speech on the theme “Industrialization and Private Sector Engagement for Economic Transformation of ACP States” at the Presidential Dialogue of the 9th ACP Business Summit in Nairobi, Kenya.

Elumelu stated that industrialisation will not be achieved without support for small and medium scale enterprises (SMEs) and improved access to electricity. “We cannot hope to industrialise if we do not fix the issue of power, if our entrepreneurs spend so much of their resources to power their businesses, how then are they expected to make the investments necessary to upgrade and industrialise? If we do not tackle these pertinent issues, we will be unable to achieve industrialisation, wealth creation and poverty reduction,” he said.

He highlighted infrastructure development as another critical area needed to achieve sustainable development, highlighting the key role the United Bank for Africa Group plays in achieving this. “UBA is a force for development in Africa through infrastructure investment and leading the way in cross border payments and services, with the objective of encouraging trade across the continent,” he said.

While citing the impact of the flagship Entrepreneurship Programme of the Tony Elumelu Foundation, Elumelu highlighted the critical role partnership between the private and public sectors, as well developmental organisations, play in achieving industrialisation. The Tony Elumelu Foundation, a private-sector-led philanthropy,  is on a mission to catalyse the economic transformation of the continent by empowering young African entrepreneurs – over 7,500 beneficiaries across 54 African countries thus far – through its Entrepreneurship Programme. Elumelu shared stories of beneficiaries in Kenya including Dr. Peter Gichuhi Mwethera, who has developed a contraceptive gel, Uniprin, which aims to prevent HIV infection, and Maureen Amakabane whose company, ‘Usafi Sanitation’, is bridging the sanitation gap in schools by providing waterless toilets.

He said: “To date, we have 497 beneficiaries in Kenya, 596 in Uganda, 187 in Tanzania and 194 in Rwanda. This brings the total number of TEF Entrepreneurs in East Africa so far to 1,474, so far. Organisations such as the UNDP, African Development Bank, the ICRC, and GIZ have helped increase the number of young entrepreneurs we can support “.

The President of Kenya, H.E. Uhuru Kenyatta shared the same approach to development, while highlighting his country’s private-sector-focused plan which has propelled the country’s ease of doing business rank from 129th position out of 190 economies in 2013 to the 56th position in 2019.

President Kenyatta said: “Our young people are tech-savvy and indeed with a huge entrepreneurial spirit. They are ready to embrace the digital revolution. We are experiencing a flourishing digital innovation ecosystem which can stimulate the rate of growth of ICT and technology innovations, and nurture vibrant tech startups and incubator hubs as Tony [Elumelu] has mentioned, of those young men and women he has supported through his family and Foundation”.

In closing, Elumelu stressed the importance of including women in the development agenda of the ACP region, commending the European Investment Bank (EIB), for its initiative “She Invest”, which is focused on mobilising 1 billion Euros for women across Africa. “We at the Tony Elumelu Foundation strive to reach the same goals of uplifting women out of poverty and empowering them with knowledge and resources. This is an invitation to join forces as we have done with the UNDP to lift 100,000 young African boys and girls out of poverty, thereby stemming migration challenges,” he said.

Related Topics:Caribbean and Pacific CountriesElumelu Tells ACP Presidents in KenyaImprove the Business Environment to Drive IndustrialisationWealth Creation in African
Up Next