Controversial cross-dresser, Bobrisky, is set for a fight with a stylist who allegedly absconded with the N2m he paid for his birthday shoot styling.

Bobrisky revealed that the stylist who reached out to him for the shoot via Instagram, took the money without delivering a single dress for the photoshoot. 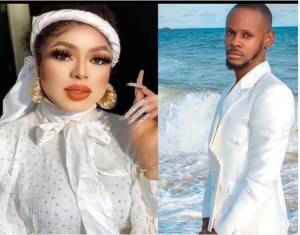 He said the stylist demanded to get his N1m balance before delivering on the eight dresses they agreed on, for the photoshoot.

The cross-dresser who says he has now reported the incident to the police, promised to ensure that he drains the stylist’s income and make him homeless.

Related Topics:BobriskyI'll Drain Your Income; Make You Homeless; Bobrisky Declares War On Stylist
Up Next

Catching Cruise, Insulting People Won’t Get You Where You Want To Be-Yul Edochie To Youths