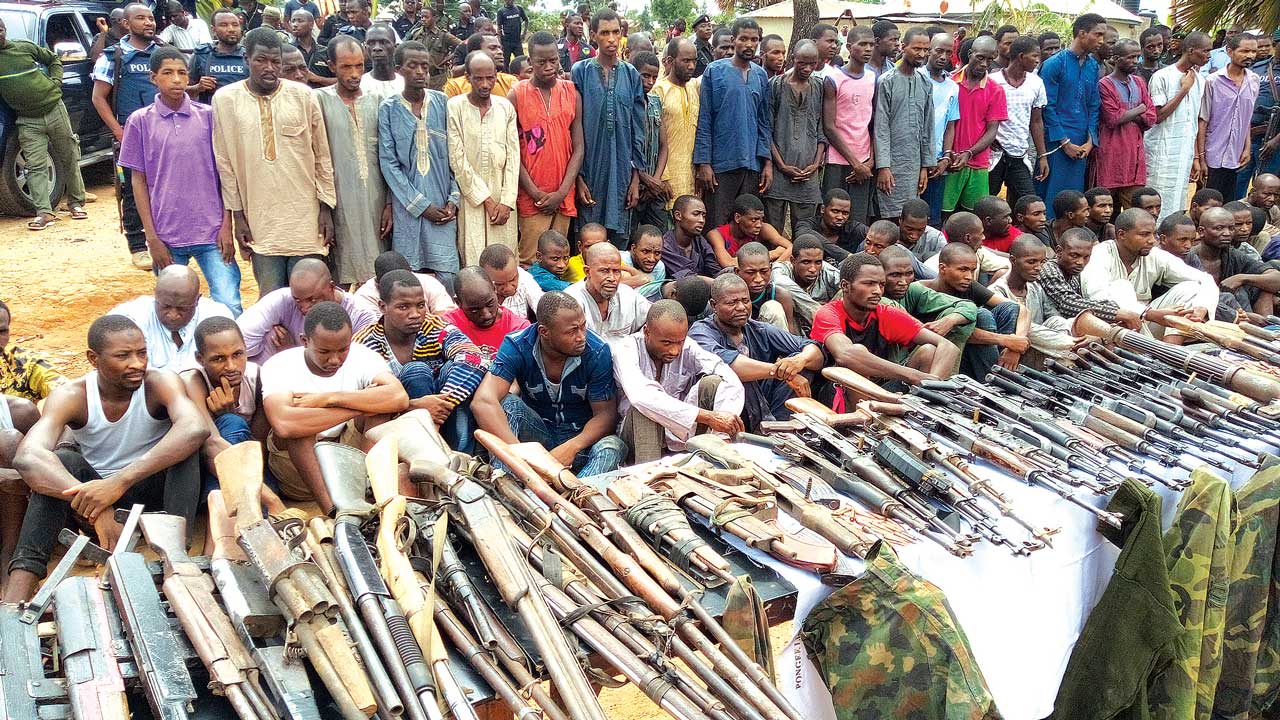 Nigeria is a funny and strange country to live in and the lawmakers are even stranger making you think whether they’ve lost touch with reality all together: recently the Senate is trying to push a Bill, the Terrorism Prevention(Amendment) Bill 2021, through that threatens to imprison anybody, for up to 15 years, if they pay a kidnappers ransom!

Morally, paying a kidnappers ransom is wrong: it sends out the wrong signals as it not only encourages the kidnappers to abduct more people but encourages more people to become kidnappers because it’s lucrative. But in a country where there is a breakdown in law and order and there are no specialized police units to rescue abductees, the victims next-of-kin often have no choice but to pay – unless they don’t want to see their loved ones again. It’s been over 7 years since the Chibok girls were kidnapped by Boko Haram and Leah Sharibu has been missing for 3 years and to this day the Nigerian security forces don’t know where they are or how to get them back. If the offer of a ransom being paid was on the table all of them would have been home by now.

Senator Ezenwa Francis Onyewuchi, one of the sponsors of the Bill, reckons Nigeria should follow the example of countries like America and Britain who refuse to negotiate with kidnappers.

He’s got his facts wrong.

Very rarely in the UK or the US are people abducted off the streets and held for ransom. If such should happen and its mostly terrorists who kidnap, their specialized police hostage recovery teams will swing into action and do everything within their power to free those abducted without any money changing hands. The same governments, if their citizens are kidnapped abroad, will send in Special Forces units, such as SAS or SEALS, to rescue them as we’ve seen recently in Niger, Nigeria, and Kenya. In Nigeria, no such a viable unit exists and in some cases, our ‘naughty’ police officers will even help the kidnappers broker a deal!

Before proposing such a ludicrous bill the lawmakers need to take a good look at the ‘ kidnapping industry’ and how to stop it. I call it an ‘industry’ because so many people are involved in it and their numbers are swelling every day and the police are powerless to stop it:

it’s an easy crime to commit, just grab someone off the street and hold them against their will until their family pays up and the police won’t even be bothered to investigate; by the way, is ‘Evans’ the Kidnapper still in custody or has he bribed his way out?

Mass unemployment has forced a lot of Nigerians to earn their daily bread through illegal means – kidnapping being one of them – and Nigeria is now one of the Top Ten countries in the world where you are most likely to be kidnapped and held for ransom. You can’t maintain law and order in a country where people are hungry. Deal with the problem that forces people into crime in the first place! A citizen looks to their government for protection from their enemies and criminals, both internal and external and if the police and army can’t protect them they will be forced to take matters into their own hands. So what happens if your relative is kidnapped? You call the police, wait while they do nothing, and fold your arms and wait and…and wait…until the kidnappers call you and tell you that your loved one is buried in a shallow grave or sold to a ritualist, in pieces.

I wonder what one of the lawmakers would do if one of their next-of-kins was kidnapped, call the clueless police? Or would they get somebody to secretly negotiate with the kidnappers?

The Bill they should be proposing should be to give the security forces more powers – and resources – to deal with kidnappers and the courts to sentence them to harsher sentences. You can’t penalise a person for paying a ransom to free their loved ones when there is no other option. In trying to fight insecurity in the country you can’t penalise the victim!

The PDP Mass Exodus And The Coming Implosion Of The APC