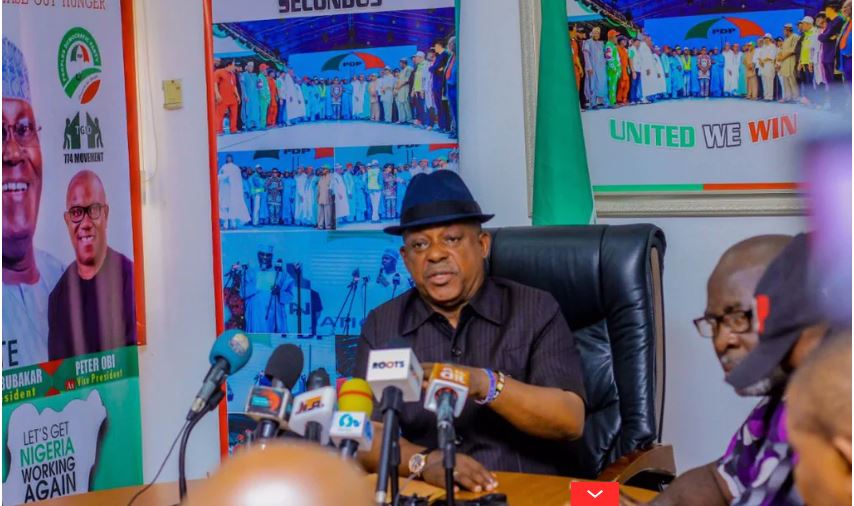 The National Chairman of the Peoples Democratic Party (PDP), Prince Uche Secondus, has reacted to critic calling for his resignation.

Recall that a caucus of the PDP at the House of Representatives had asked him to “honourably” resign from his position over poor leadership of the party.

Reacting to the caucus, Secondus asked them to come clean on his offence.

In a short statement signed by his spokesperson Ike Abonyi, the PDP Chairman said;

“The National Chairman of the Peoples Democratic Party, PDP, Prince Uche Secondus has said that he will not resign his position.

“Prince Secondus said in a short statement from his media office that nothing so far warrants his resignation from the party position and those tiny minority calling for his resignation should come clean and tell party members across the country his offense why he should resign.

“He said he will remain focussed and committed to the ideals of the party which he swore to protect and defend upon his election to lead this great party 44 months ago.”

Why We Suspended Monday Lockdown Order-IPOB