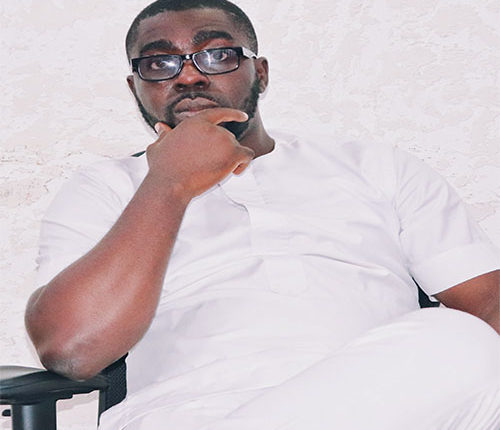 Ono Macaulay is synonymous with some A-list Nigerian artistes. Presently pushing a new agenda, he spoke on the need to revamp magic as a form of entertainment, and his work with teenage magic sensation Babs Cardini.

You have worked with some of the biggest musicians in Nigeria, how has the experience been?

It’s been nice, but that story doesn’t start without my appreciating God and the likes of Efe Omorogbe, the Chief Executive Officer (CEO) of Now Music which is home to 2Baba.  Also, my appreciation goes to both Ossy Achievas, Peter Cole, Audu Maikori and some other big names in the industry. I have been in the entertainment industry for quite a while, ultimately close to 15 or 16 years. I started off being an in-house Public Relations expert for Hypertek Records and Now Music. I worked with some of Nigeria’s biggest music brands including 2Baba. With the help of Efe Omorogbe, I was also able to gain ground in the talent management angle. Aside from 2Baba, I worked with other celebrities including Timi Dakolo, right after he left the Idols West Africa competition. My career as a talent manager also saw me working with Terry G, Terry the Rapman and several other stars. Efe Omorogbe gave me the opportunity to do my own things and that was where my path and that of Achievas Entertainment and Solidstar crossed. I worked with the platform as a talent manager and manager for Achievas Entertainment which was then home to Solidstar.

Well, having worked with some of the biggest brands in the industry, my exploits were being heard around and I got an offer to work with HKN owned by Davido, I consulted for them.

You were also out of circulation for a while, tell us about that.

As you said, I went on a break. I realized that I had made a name in the music industry and it was time to take a break of a sort, a breather to think and see what more I could do to add to my name, to add to the achievements I had already recorded in the industry. During the course of my sojourn, I was able to talk to people, stakeholders, experts and I noticed that there was an aspect of the entertainment industry that was still lacking and that is magic as a form of entertainment. In the past, we had the likes of late Professor Peller, God bless his soul. He made the art to be very revered, but as soon as he died, the art died with him. It has only existed on a very low key level.

You were also in the United Kingdom for a while, was that also about finding a new path in entertainment?

Though I was sick for a while, it was also an opportunity to look inwards and find something missing in the entertainment industry. I discovered that magic if taken seriously and brought to light again could actually be great and an addition to the already great Nigerian music industry. So, I did my research, sought out the names of magicians in Nigeria. Obviously, I discovered a lot of people, but I settled for a young boy who is fast growing in the country.

Can you tell us about him?

His name is Babatunde, he is also known as Babs Cardini. I reached out to him and witnessed what he could do first hand. I was so excited, he had the looks, the charisma, the talent, and finesse. I told him what I wanted to achieve and he told me about his dreams. As soon as he opened his mouth, it was obvious we were going to do good things together, we decided that we were going to bring back the glory days of magic as a form of entertainment in Nigeria. As the days went on, I did my things, did plug-in here and there, things to make the package a total success.

Babs Cardini had a positive review last year and is still going on strong, was that your effort?

The positive review came because he was easily accepted from the international scene and not Nigeria. He cut his teeth into the industry from the international platform; we did our thing and reached out to the Nigerian people. Reuters reached out to us and even BBC, I am not talking about BBC Africa. They were shocked to find out that Babs Cardini was African and Nigerian, they doubted that he was not an international act, but I told them that he didn’t even have travel experience at all. The guys who shot the BBC interview said that Cardini was at the same level as what they had seen in America and Europe. I didn’t think much about the impact of the story, even when we got a call that he was being featured on BBC World News. Even at that level, it still didn’t sink at first until they did a repeat broadcast and a spot-on on Africa. As soon as that hit the shelves, it became a frenzy, things went crazy and people in Nigeria started calling us. We had features with Reuters, CNBC and it has been on and on like that. We have been growing the brand. His latest endorsement is with a footwear brand, Keexs.

What is Cardini’s acceptability level?

His acceptability has been popular among the elite, names that you only get to read about in the papers. If you look at their age and you trace it back, you will find out that they witnessed late Professor Peller, so they knew what the art was. Seeing something like that in this generation, this modern era has been impressive for them. The calls have been coming because they know what Cardini can do; he doesn’t repeat the same trick or illusion. That is the stuff that he is made of.

Do you have plans for a magic show soon?

That is our ultimate plan. Making the name and craft to be accepted which is done. We are in talks with corporate partners and we will soon be starting a magic series where people can sit down and watch at home. We are also looking at organising the first of its kind magic concert.

In Nigeria, the Pellers are associated with magic, what relationship does Cardini have with them?

No matter what you do in life, you have to give respect to who it’s due. Cardini is the in-thing in magic now, but we need to remember that it was somebody before him. We reached out and they accepted us, we have had good words from people like Honourable Shina Peller who we have a personal relationship with. So, everything we want to do on a major scale, we will always reach out to them because that name is revered as far as magic in Nigeria is concerned.

Related Topics:I Want To Bring Back The Glory Of Magic As A Form Of Entertainment-Ono MacaulayMagicOno Macaulay
Up Next

Why I Said Black Is Absence Of Colour–Pastor Chris Oyakhilome