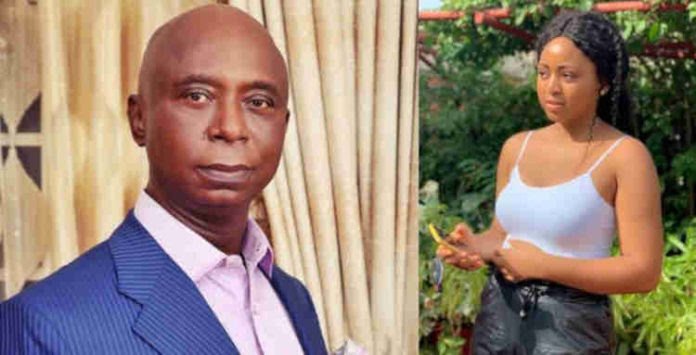 Regina Daniels has revealed that she could never have settled for someone like her ex-boyfriend, Somadina Adinma.

According to her, it would have  been difficult to marry anyone within her age grade.

Attributing the reason to her stubborness, the thespian said that she would have found it difficult to be married to someone of her age.

“I don’t think I would have married a younger man, you know somebody of my age because I’m quite stubborn, very, very stubborn,” she said.

Reginald Daniels who celebrated her birthday last Thursday in Dubai, came under serious criticism when she married Ned Nwoko with many saying that she married a man the age of her father.

The actress has also been criticised for what many consider an inconsistent age. Her last boyfriend Somadina is currently 20 year-old.

Why I Am Not A Member Of TAMPAN-Iyabo Ojo