Grammy Award-winning singer, Burna Boy, has assured his fans of his being healthy despite being involved in an auto accident.

The singer was involved in an accident in Lekki, Lagos on Saturday, February 26, while driving his Ferrari.

In a post shared on his page, Burna stated that his leg hurts a little but he is fine.

He added that people were more interested in filming him after the accident instead of helping him. 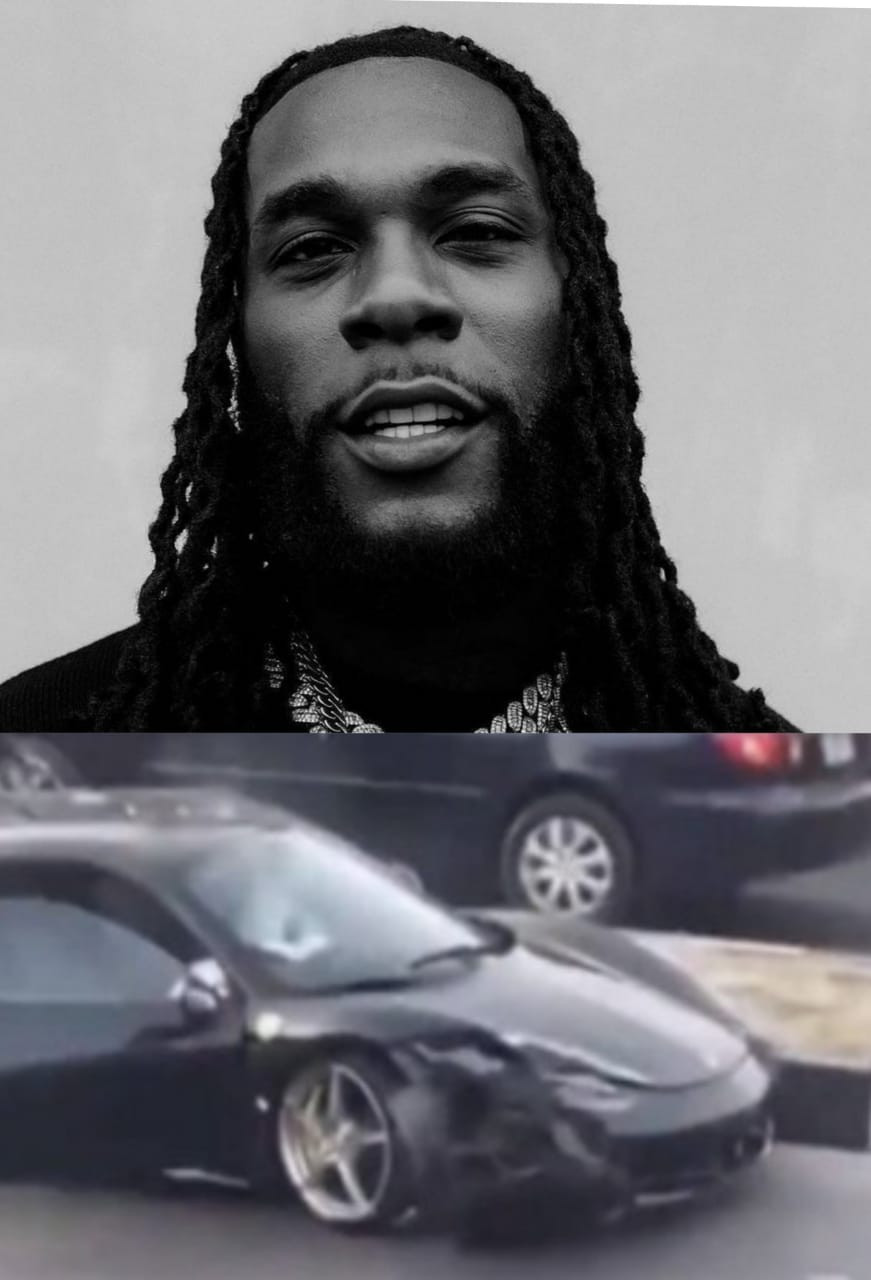 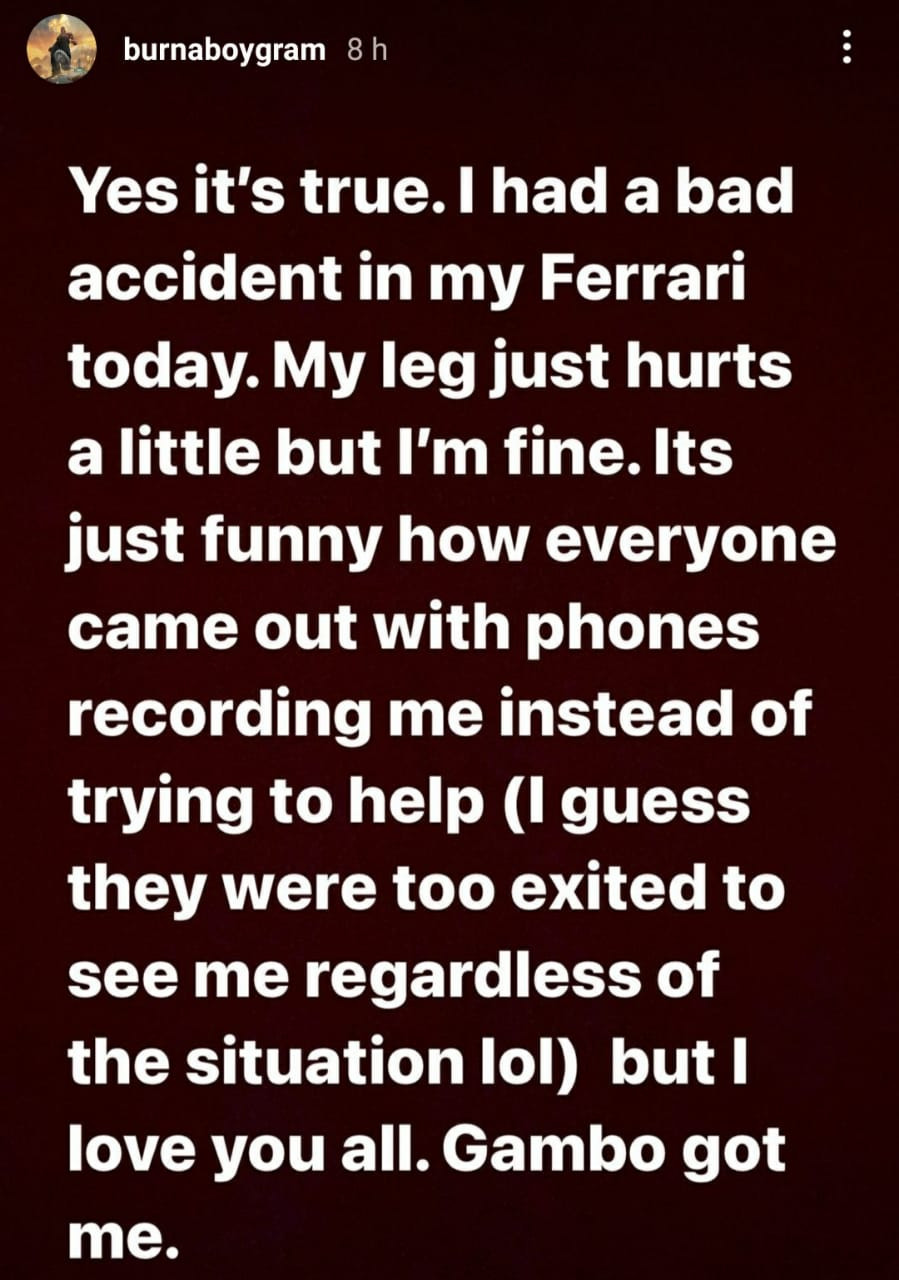 Related Topics:Burna-BoyFerrariI Am Okay; Burna Boy Assures Fans After Accident
Up Next