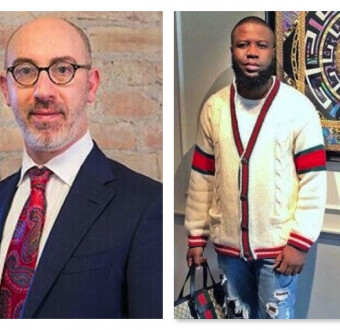 Gal Pissetzky, the lawyer to Ramon Abbas popular as Hushpuppi has defended him on the allegation of being involved in fraud and money laundering.

Pissetzky who spoke to Forbes insisted that Hushpuppi is “an entrepreneur” who made his money legitimately through “real estate” and “promoting brands” as an “Instagram personality.”

Recall that the FBI had allege that the suspected Nigerian fraudster “conspired to launder funds stolen in a $14.7 million cyber-heist from a foreign financial institution.” The date and amount mentioned in the affidavit matches that of the attack on Malta’s Bank of Valletta in February 2019.

Hushpuppi was also accused of being involved in a fraudulent scheme which defrauded a New York-based law firm of approximately $922,800 through a combination of computer hacking and social engineering.

Pissetzky told Forbes that his client was running a legitimate business and a very legitimate Instagram account, and did not take part in any scam or fraud.

“Absolutely not guilty of [the] charges they are accusing him of. Abbas was running a legitimate business and a very legitimate Instagram account and did not take part in any scam or fraud.”

On how Abbas paid for his lifestyle, Pissetzky said;

“He’s an entrepreneur. He has real estate involvement … [he’s] an Instagram personality. He was promoting brands and that’s how he was very legitimately making his money.”

On his relationship with Premier League footballers Tammy Abraham and Ezri Konsa, his lawyer added;

“Mr Abbas is friends with a lot of people. Somebody who has that many followers obviously he knows and has friends in a lot of places … it’s all legitimate.”

Hushpuppi who is currently being held at MCC Chicago pending a bail hearing, faces a statutory maximum sentence of 20 years in federal prison. A hearing in Chicago on Monday, July 13, will determine if Abbas will be detained pending trial.