The socialite’s claim was trashed by Energy Bank, who described himself as the brother of Kelvin who Maria reportedly snatched from his wife.

He also stated that Kelvin had left his marriage before the reality show star came into his life.

Energy Bank also added that his brother was “dying in silence” but held on to his marriage for the sake of his children and family, adding that a lot happened in the marriage and they tried to cover it up because they respected Kelvin’s decision to try making his marriage work.

He also alleged that Maryanne drove the husband’s family from their home even though he (Energy Bank) helped build it. Kelvin’s brother further claimed that though his brother was lavishing his money at a club that was managed by Cubana Chief Priest, he is now the one calling him out. 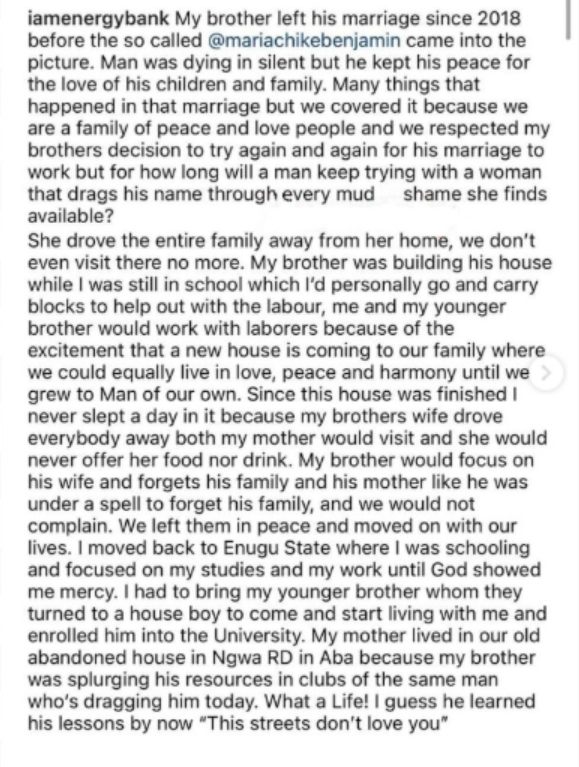 Maria Chike’s Scandal: Photos Of All The Players