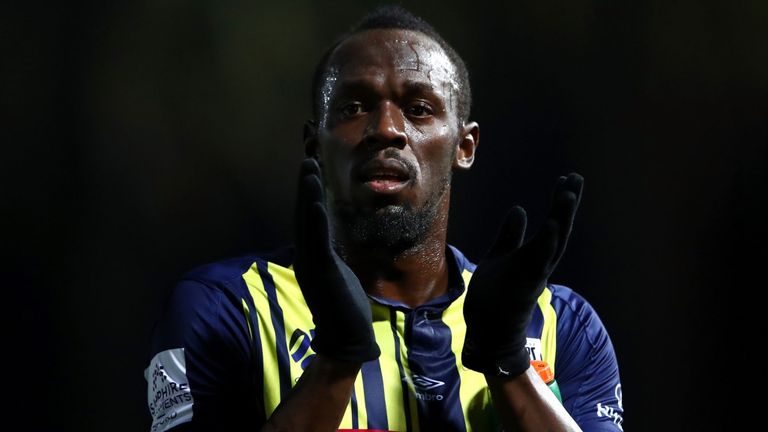 He came off the bench to make his football career debut with Australia’s Central Coast Mariners in a pre-season friendly at Gosford on Friday, August 31.

Speaking after the match, Bolt said he will need more time to get up to speed.

The 32-year-old Jamaican, who is hoping to win a professional contract ahead of the Mariners’ 2018-19 A-League campaign, was greeted by a crowd of nearly 10,000 as he stepped onto the pitch at the team’s base north of Sydney in the 72nd minute against an amateur select side.

With the Mariners already leading 6-0, a relaxed Bolt pulled off a few step overs on the left wing and was inches away from connecting with a close-range tap-in.

There were a few heavy touches and the occasional loss of possession in the final few minutes, which showed Bolt still has plenty of work to do.

Born on Aug. 21, 1986, Usain St. Leo Bolt’s journey to success started at the age of 14 when he won his first high-school championships medal in 2001 in Trelawny, Jamaica.