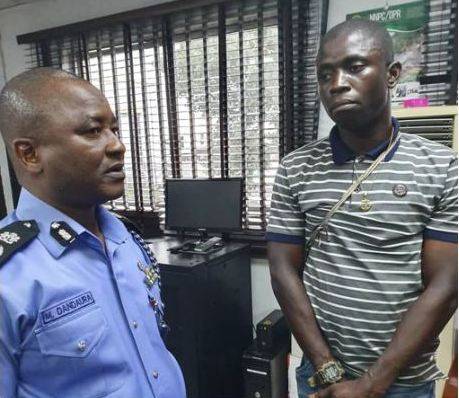 Gracious David West who has been killing girls in hotels in the state was arrested by the police following a close monitoring of clips obtained from a Close Circuit Televusion (CCTV) of one of the hotels he lodged a girl in.

The serial killer confessed to killing some girls in hotels across the state and tying white handkerchiefs on their leg and neck.

Confessing to the crime while being paraded before newsmen, he revealed how he contacted the girls, the name of the hotels he took some of them to and how he carried out the killing late in the night. 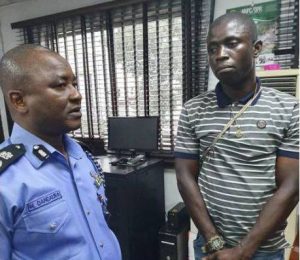 “I can confirm the arrest but the details will be made public by the Commissioner of Police on Friday.”

Recall that a peaceful protest was held by concerned citizens in the state on Wednesday, where they called on relevant authorities to wade into the incident of killing of young ladies in the state.