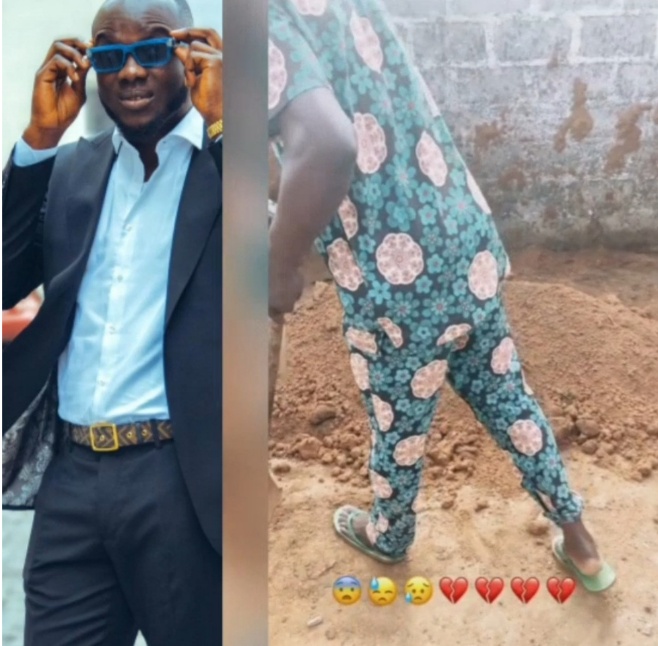 The remains of the artiste’s road manager was buried according to Islamic rites in Epe, Lagos State on Wednesday, June 30.

Obama DMW whose real name is Habeeb Uthman reportedly died of heart failure at a hospital in Lekki, Lagos State on Tuesday, June 29.

www.theoctopusnews.com while reporting his death had stated that he drove himself to the hospital where he complained of finding it difficult to breath.

Unfortunately, efforts by the doctors to save him proved abortive, as he was later declared dead.