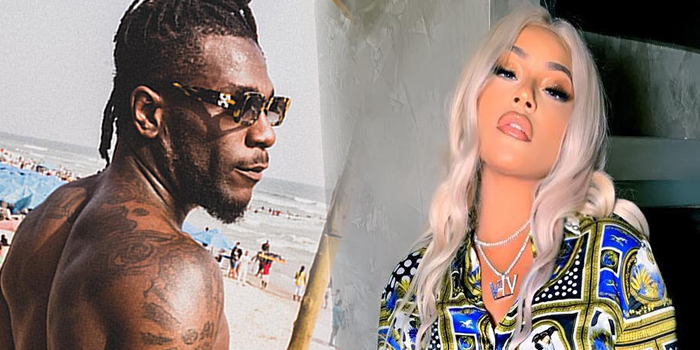 African Giant, Burna Boy, has celebrated his one year anniversary with his girlfriend, Stefflon Don.

The two took to a nightclub to celebrate the event with friends, having met and started dating a year ago.

A video of the duo celebrating and kissing was shared on social media by Stefflon Don who looked forward to many more of such celebration.

Recall that Stefflon Don met Burna Boy in Ghana last year after she missed her flight and decided to attend a show where he performed.

“I met him in Ghana. I was in Africa for a show then I missed my flight, he had a show where he performed and I went to the show and the rest is history baby,” the British rapper said explaining how he met the Nigerian star.