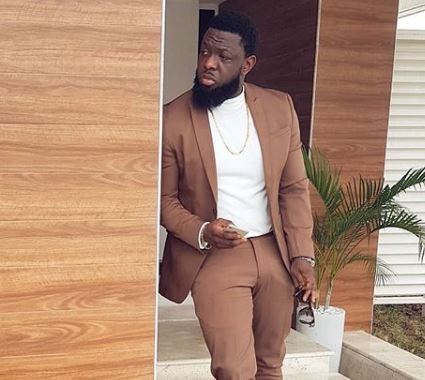 The story of the Honda Pilot which singer Timaya got and gifted to Empress Njama nine years ago recently came to fore in a recent interview.

In the interview, Timaya, revealed that he was gifted a Honda Pilot by a fan of his which he subsequently handed over to his then girlfriend, Empress Njama.

The singer also insinuated that he was reluctant to take the gift because he knew it was Greek, as the presenter had an ulterior motive.

” A girl bought me a Honda pilot for my birthday, just a fan, no strings attached… yet. I didn’t want it coz I knew where it was heading to but one of my boys be like, Baba it’s a gift so i was just like, ok… At that point I had an X500, A Jaguar, Tuaregs, so a Honda pilot wasn’t really like… so I said make my boys dey use am…,” Timaya is quoted saying.

However, www.theoctopusnews.com, can reveal that the singer lied. We can tell you for free the  real story behind the Honda Pilot which Timaya gave Empress and subsequently retrieved from her when they broke up.

In a Press Conference called several years ago and attended by www.theoctopusnews.com at Weston Hotel, Ikeja, Lagos, an up and coming artist with the stage name Zeezee told a shocking tale of how she had been exploited by Timaya. According to the singer, she had bought him the Honda Pilot as part of his manager’s request for Timaya to feature in one of her song. However, Timaya failed to deliver his own part of the deal.

The singer revealed that months after collecting the SUV from her, Timaya refused to collaborate in any of her song, saying that they were not good enough.

She revealed that it was after he relocated from Port Harcourt with the SUV to Lagos that she also had to do same in a bid to retrieve her gift. Zeezee added that she had to call the Press Conference when all efforts to get Timaya fulfill his part of the deal was not successful and he also wouldn’t return her SUV .

For Timaya to now say that the SUV was a gift is indeed a fat lie from the pit of hell.

Timaya and Empress had a messy broke up in 2009 after dating for some time. The aftermath of their breakup saw them become sworn enemies.

Harrysong Is Back And Better***Drops Report Card