The Minister of Information and Culture, Lai Mohammed has been accused of committing a criminal offence by solely amending the country’s broadcasting code without due consultation.

This allegation was made by the board of the National Broadcasting Commission (NBC).

At a press conference in Abuja on Thursday, August 13, Ikra Aliyu Bilbis, the Chairman of the National Broadcasting Commission (NBC) board said he received over 50 position papers for the sixth amendment of the code but none of the input was considered.

According to Bilbis, areas amended includes an increase of hate speech fine from N500,000 to N5 million and the provision for sub-licensing of all broadcast contents among others. 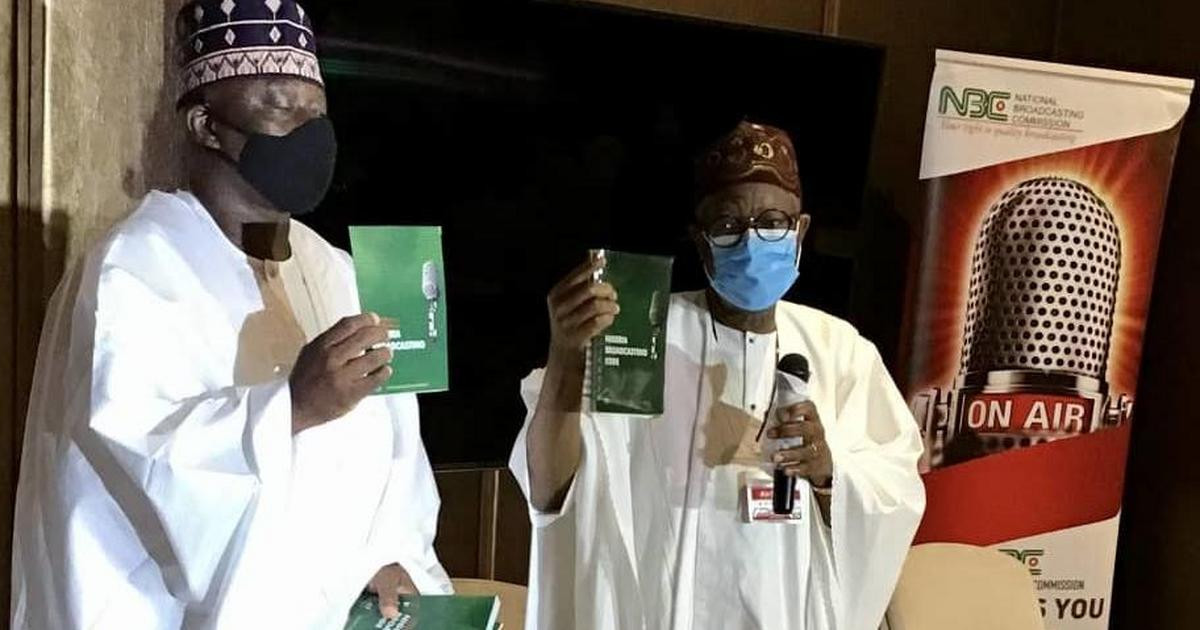 Speaking on the issue, Bilbis said:

“Following the 2019 national elections, some members of the Federal Executive Council (FEC) made observations to the Honourable Minister of Information at a FEC meeting about the divisive broadcasts engaged in by some broadcast media before, during and after the elections and the need to strengthen the operations of the NBC to avert such future occurrence.

“This noble observation of Mr. President was unfortunately misunderstood by the Hon. Minister of Information.

“Instead of studying and following the law, relevant rules and regulations, and direct the appropriate authorities as stipulated by the law to act on, he erroneously embarked on the review alone.

“As a board, we have received and taken our time to compile the responses of numerous stakeholders which include our Nobel Laureate, activists, legal practitioners, broadcasters, investors, BON, Content Creators, Copyright experts, and professional organisations. Most of them have adduced reasonable reasons against the proposed amendment.

“The board of the NBC wishes to make it quite clear that as long as it is in place, the only NB Code that we recognise and which we shall work within the setting of operating policies and standards for the NBC is the 6th edition of the NB code which was launched in 2019 in Kano.”

Bilbis added that the board was not informed of the launch and that out of 60 stakeholders, the minister picked only four to be present.

“You may all recall that by 26th march 2020, (the day of the ‘Public Presentation’ in Lagos), the federal government had already announced a COVID-19 lockdown of Lagos, Ogun states and the FCT.

“It was therefore not a sincere effort to present such an important ‘review document’ which affects people’s investments and livelihoods under such a situation.”

The NBC Board Chairman who insisted that the amendments will destroy investments and lead to job losses alleged that Mohammed has failed to show the approval of “his own version” by President Muhammadu Buhari.