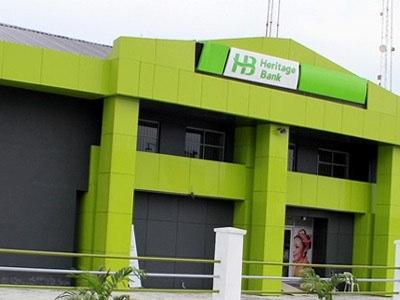 Heritage Bank Plc, Nigeria’s most innovative banking service provider, has said it is committed to the sustenance, growth and development of Nigeria’s agricultural sector.

Divisional Head of Corporate Communications, Heritage Bank, Mr. Fela Ibidapo, who disclosed this in a statement at yesterday, said the bank is committed to leading the way in agricultural financing in the country.

Ibidapo explained that Heritage Bank, in its determination to deliver on this promise, is currently funding various agricultural projects in several states of the country, especially in Oyo, Kaduna and Zamfara states.

He said Heritage Bank has entered into a partnership with the Oyo State Government to support the multi-billion Oyo State Agricultural Initiative (OYSAI), a programme designed to revive agriculture, boost agro-allied businesses and empower the youth and women across the state through the creation of thousands of jobs in the sector.

According to him, Heritage Bank is also supporting an agro-investor, Triton Aqua Africa Limited (TAAL), with a N2 billion facility in collaboration with the Central Bank of Nigeria (CBN) under the Commercial Agriculture Credit Scheme (CACS). The facility will enable TAAL to set up a fishery production chain in Lagos, Oyo and Osun states.

Consequently, the country has had to rely on importation to augment the shortfall with an estimated cost implication of about $700 million yearly in foreign exchange.

He said the partnership between Heritage Bank and TAAL would help reverse the trend, adding that the firm will use the facility to expand its aquaculture businesses by setting up a nursery/hatchery for the production of fingerlings and brood stock as well as earthen ponds for catfish and tilapia in the three states.

Ultimately, the partnership between Heritage Bank and TAAL will help to boost local production, conserve scarce foreign exchange and enhance food security, and ultimately result in the creation of hundreds of new jobs.

Heritage Bank is also supporting thousands of smallholder farms in Kaduna and Zamfara states. The smallholder farmers stand to benefit from the bank’s financial support for rice and soya beans production under the CBN’s Anchor Borrowers Programme (ABP).

Ibidapo said the bank’s drive to support the agriculture sector is an act of patriotism aimed at helping the government’s desire to achieve food security and sufficiency in the country. It is also based on the conviction that agribusiness can be profitable, he said.

He noted that there are myriads of constraints facing the agriculture sector such as poor road network and electricity supply to farmlands that are mostly located in the rural areas while majority of the smallholder farms are financially excluded with no access to banking services.
He said the bank is taking steps to clear the bottlenecks for smallholder farmers who wish to gain access to banking services.

Dangote among 75 world’s Most Powerful People