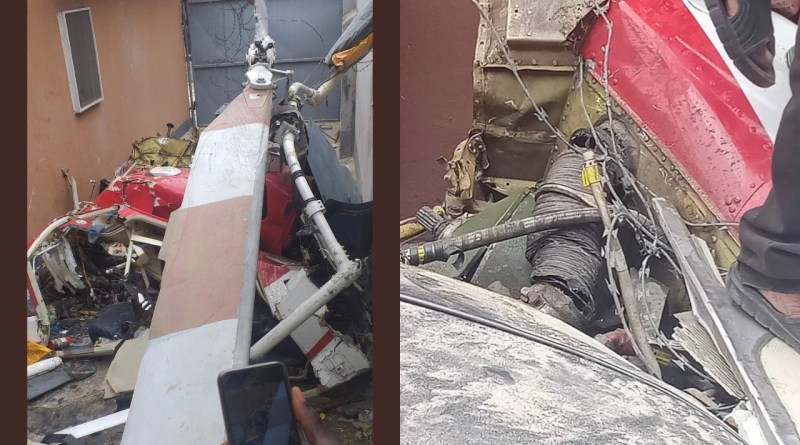 A helicopter has crashed in the Opebi area of Lagos State.

According to reports, at least three persons were killed after the helicopter crashed into a residential neighbourhood.

Although the cause of the crash remains unknown, it was gathered that one person has been seen alive.

Reacting to inquires about the crash, the Director-General (DG) Lagos State Emergency Management Agency (LASEMA), Dr. Femi Oke-Osanyintolu confirmed the crash, saying that rescuers were on their way to the scene.

Meanwhile, AIB Spokesperson, Tunji Oketunbi, said that personnel of the bureau have been drafted to the scene of the incident to ascertain the cause of the crash.

Photos From Helicopter Crash In Lagos

US 2020 Election: No Need For Debate Between Trump, Biden- Nancy Pelosi