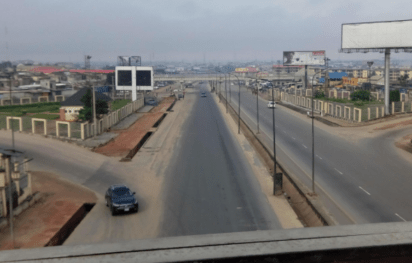 There are reports that vehicular movement along the Enugu Abakaliki expressway has been halted.

This follows heavy shooting at the Ezilo axis of the highway by unknown gunmen.

A report monitored said that it was not immediately clear those behind the shootings.

An earlier report had indicated that two persons were killed in a renewed boundary dispute between Ezilo community and the neighbouring Iyionu community of Ishielu Local Government area of the state.

It could not be immediately established if the shooting is connected with the dispute. A passenger from Afam Cyprian, who was travelling to Enugu said: “Many people are looking for another route to take. Some have gone back to take Afikpo road. I am looking for a way to go back to Abakaliki.”

Police spokesperson, Loveth Odah confirmed the shootings, adding that the Ebonyi police commissioner, Aliyu Garba has dispatched police patrol teams to restore peace and open up the road for users.

She however said the shooting cannot be related to the boundary dispute as the disputed area is not close to the highway.