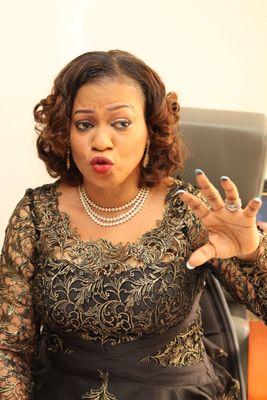 In her days as the second most powerful member of the Lagos State House of Assembly, Honourable Funmi Tejuoso, was a lioness.

Unlike several lionesses without a roar, she had one, and as such was feared by many until she was ceremoniously removed from office.

Despite her removal, she still functioned as a powerful and influential lawmaker on the floor of the house, and as such she still wielded a lot of power.

A not too recent development, which saw one of her houses being reclaimed by the Lagos State government was deemed vindictive and a ploy to calm her down by a lot of her friends.

Since the property was reclaimed by the state government, Tejuoso has been calm, opting not to talk on some issues when sorted out. This new attitude of the fair-complexioned woman has since caused questions regarding the probability that the lioness might just be tired of the politics of law making.

Not Yet New Dawn For Cecilia Ibru

Tope Sonubi: Too Sly To Touch