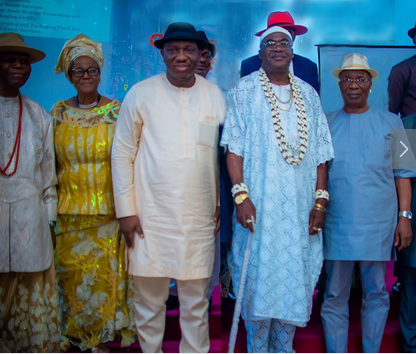 The south-south indigenes resident in Lagos under the auspices of CREDAB have been urged to take advantage of the numerous Lagos state government policies and programmes, especially the healthcare insurance initiative managed by Lagos State Health Management  Agency, LASHMA.

CREDAB is an acronym of Cross Rivers, Rivers, Edo, Delta, Akwa Ibom and Bayelsa, a socio-cultural group formed to create a voice and empowerment for the people of the region resident in Lagos and on a large scale, Nigeria.

Speaking during the maiden General Assembly of CREDAB Peoples Association held at the Oranmiyan Hall, Airport Hotel, Ikeja, Lagos Commissioner for Economic Planning and Budget, Mr. Sam Egube, who also is the Association’s Board of Trustees, BOT Chairman, said the association was created about two years ago to give people of the South-South a platform to have a voice as well as enjoy empowerment opportunities abound.

The delightful commissioner announced to over 800 participants at the General Assembly that the association has partnered with LASHMA to log in for free over  150 registered members in ILERA EKO  (Lagos Health Insurance scheme), while urging those who have not become formal members of CREDAB to do so as many more intervention will be availed to the association.

“I have not seen anything that can impoverish people beyond sickness. When you get sick, you lose ability to earn money, lose savings while health insurance is small money you pay every year. An individual is about N8,400 and a family of four pays N40,000 a year.

“Today, CREDAB is happy to announce to us that because of the importance to the health systems and healthcare to our people, CREDAB has partnered with LASHMA on ILERA EKO to offer free healthcare insurance to over 150 registered members.

He encouraged members of the association to tap into many of the programmes provided by the Lagos government like the LAGRIDE; empowerment schemes in the Ministries of Wealth Creation and Employment, Women Affairs and Poverty Alleviation and, as well, in Agriculture.

Lagos State government presence was well represented at the event with the likes of the Commissioner for Wealth Creation and Employment, Mrs. Yetunde Arobieke; representatives of her counterparts in Agriculture, Permanent Secretary, Mrs. Olatokunbo Emokpae; Women Affairs & Poverty Alleviation, Director, Poverty Alleviation Department, Mrs. Oluwatoyin Salami who made presentations to enlighten CREDAB members on the numerous benefits of the State government empowerment initiatives.

Why Proscribe IPOB And Not Miyetti Allah, Soyinka Asks