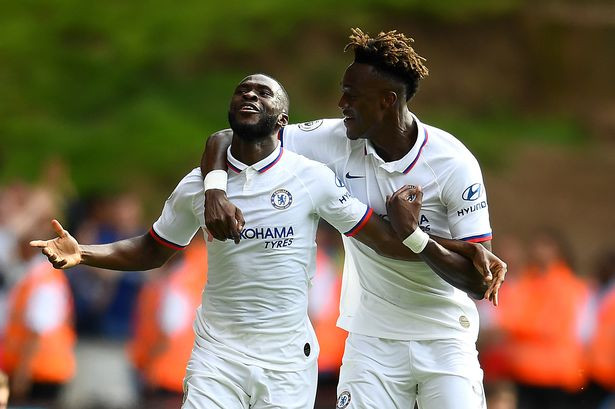 Southgate stated this while reacting to calling the duo up for the Euro 2020 qualifiers in the Czech Republic and Bulgaria.

Speaking on their call up, Southgate admitted the decision to call up Abraham was an easy one to make.

According to him, ‘It was a fairly easy decision as he’s the leading English goalscorer in the league.

‘We put him into the squad very young, when we were changing the complexion of what we were doing. That was a bit early for him but because of the opportunity given to him by Frank Lampard at Chelsea, we’ve brought him back in.

‘This is now a great chance for Tammy. He’s always scored goals for our junior teams, he’s done that in the Championships and now he’s grasped his opportunity at the beginning of this season.’

On Tomori, Southgate said: “His profile as a defender fits with the way international football is. Athleticism is important; he is capable with the ball. We think it’s a good opportunity to have a closer look at him.”

“I don’t think it’s ethically right to select someone just to make sure he can’t play for somebody else,” England’s manager said. “Fik and Tammy are in on merit. They’ve both been part of our youth system. Fik came in a bit later but he was part of the team that won the [Under-17] World Cup – as far as we’re concerned they’re English players.” 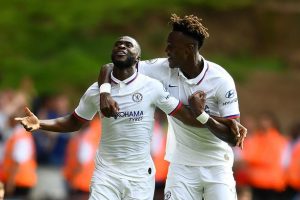 There have been questions about which country the players would swear their alliengance to. Tomori and Abraham are both from Nigerian parents, but are eligible to play for England, with Tomori also eligible to plan for Canada, his place of birth.

Tomori has played international youth football for Canada and England, while Abraham has played two senior games for England.

If any of them play in the Czech Republic or Bulgaria games on October 11 and 14,  their international futures will be settled.