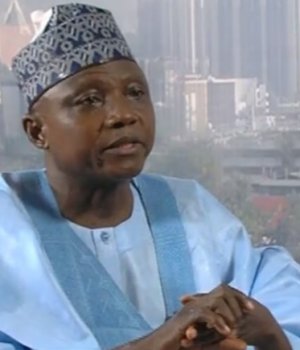 The Senior Special Assistant to President Muhammadu Buhari on Media and Publicity, Garba Shehu, has refuted the position that he said that the Borno farmers killed by Boko Haram terrorists deserve their fate.

Reacting to the allegation, Shehu apologised to Nigerians, adding that he is a man with empathy and at no point said the farmers deserve to die.

Recall that about 43 rice farmers were recently beheaded by Boko Haram terrorists in Zabarmari area of Borno State.

In a thread of tweet on the evening of Monday, November 30, the presidential aide said that he did not say that the victims deserved their fate for ignoring security clearance.

Shehu added that he was merely explaining the mode of military operations in the war zone of the northeast, saying that some areas are still volatile that require security clearance which is intended to put people out of harm’s way.

He said: “Today, I found myself leading the trends in the social media for the wrong reasons. The state of Borno is essentially a military zone up till now that we are talking and much of what people do; much of where they go are governed by the exigencies of security.

“Information from security agencies says that the Zabarmari marshlands are infested with land mines and movements in around those areas subject to military oversight. No one is delighted with the massacre in Zabarmari and there is nothing anybody will gain by playing blame games.

“I’m human with tons of compassion and empathy, and could not have said that the victims deserved their fate for ignoring security clearance. I was merely explaining the mode of military operations in the war zone of the northeast. There are areas that are still volatile that require security clearance which is intended to put people out of harm’s way.”

Further, he stated that when tragedies occur, questions arise in terms of how something happened in order to avoid future recurrence, noting that informing the military of people’s movements in an area of volatility and uncertainty is intended to preserve public safety.

We Will Treat Fresh EndSars Protest As Attempted Coup-FG