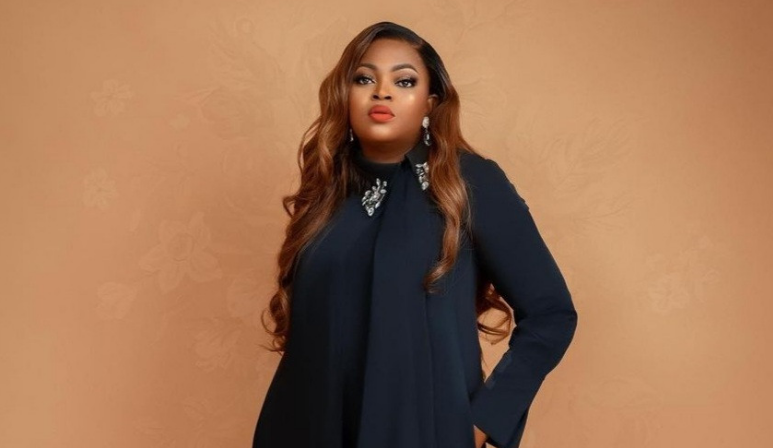 Actress, Funke Akindele, has been spotted in a video in which she almost went into a trance.

Though it is not certain if the video is from a movie set, the actress is seen dressed in white garment typical of African churches.

In the video, the Jenifa actress is spotted as she danced in church then suddenly had a change in mood and appearance.

Church elders were also seen behind her as they tried to hold her in a bid to prevent her from falling.

Interestingly, there have been mixed reactions to the video of the actress who only months ago sent her husband and the father of her twin sons packing from their matrimonial home in Amen Estate. 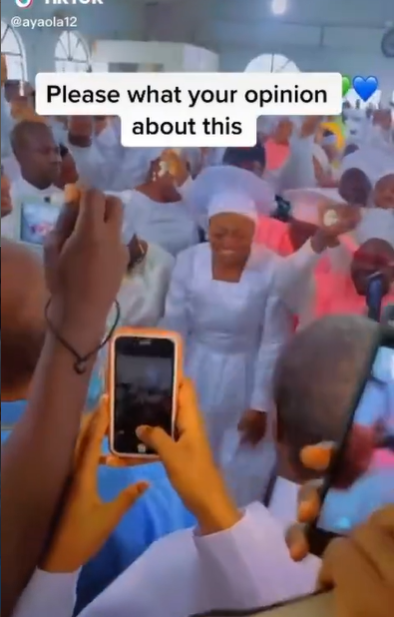 “You Are A Witch”, Yul Edochie Tells Critics