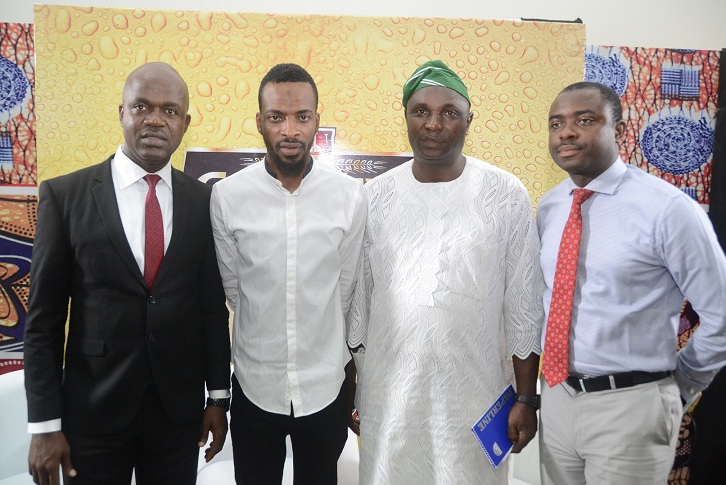 Goldberg Lager Beer, a brand from the stable of Nigerian Breweries Plc has concluded arrangements to storm the ancient city of Oyo for the quarter final of the 2016 edition of its talent hunt competition, Fuji t’o Bam. As part of the plan for the concert scheduled for Friday, the Goldberg team will visit the Alaafin of Oyo, Oba Lamidi Adeyemi III in the morning before the event is flagged off.
Emmanuel Agu, Portfolio Manager, Mainstream Lager & Stout Brands, Nigerian Breweries, explained that Goldberg recognizes and respects the rich culture of Yorubas; hence the need for the team’s homage to the Alaafin.
Agu disclosed that Goldberg is expecting no fewer than 5,000 Fuji lovers, enthusiasts and potential Fuji musicians to grace the event that would hold at Durbar Stadium, where 40 Fuji artistes would compete for a slot to proceed to the next stage of the annual competition.
According to him, “of the 40 contenders, 20 would be eliminated in the quarter final in Oyo; another 14 would be eliminated in the semifinal in Ado-Ekiti while the last 6 would proceed to the final in Ibadan by the end of July.”
He therefore advised the participants to be focused and show commitment in their renditions to move to the next stage of the contest. Agu emphasized the need for the contenders to understand the theme of the competition this year, Fuji Sowapo; which literarily means ‘One music, One People’.
He further explained that the focus of the contest this year is improving on collaboration amongst Fuji musicians. His words: “Collabo is a social lingo for a partnership between two people/groups. In music circle, it describes a duet between two artistes.
“Collabo is a rare phenomenon in Fuji circle until recently. With Fuji t’o Bam 2014, KWAM 1, Saheed Osupa and Fuji t’o Bam winners did a collabo on stage to the excitement of the audience. To entrench this spirit of unity, we make collaboration between Fuji talents and Stars a standard for the 2016 activation.”
Meanwhile, Agu expressed satisfaction with the quality of renditions by all participants in this year’s competition.  He said the contestants showed “very high level of determination to proceed to the next stage of the contest.” According to him, it is impossible that all participants will qualify in competitions like this. Agu therefore advised those who did not qualify for the quarter final to go back and improve on the areas identified by the judges.
Post Views: 545

My Debut Album Will Drop In Weeks-Adekunle Gold