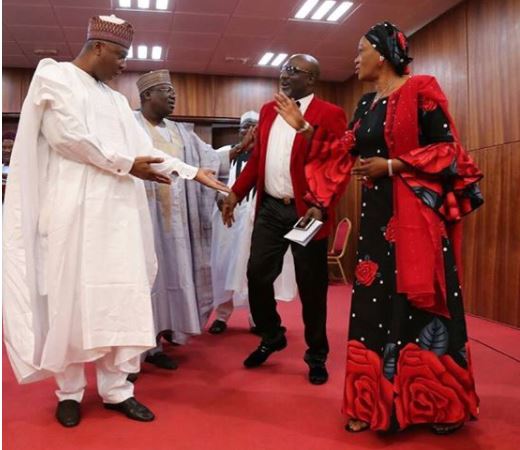 Describing what brings the trio of Senate President Senator Bukola Saraki, Senator Dino Melaye and Senator Remi Tinubu together as love is as impossible as saying that you found a river in the desert.

They have differed on ideologies on several occasions with some cases turning into a war of words. Overtime, the sworn enemies seem to have come to know how to tolerate each other.

Since a picture of the trio chatting about their attires surfaced on Valentine Day, there have been various reactions to it.

While some people have described the picture as a breath of fresh air, others have said that their smiles could only last for a day. Time will tell.