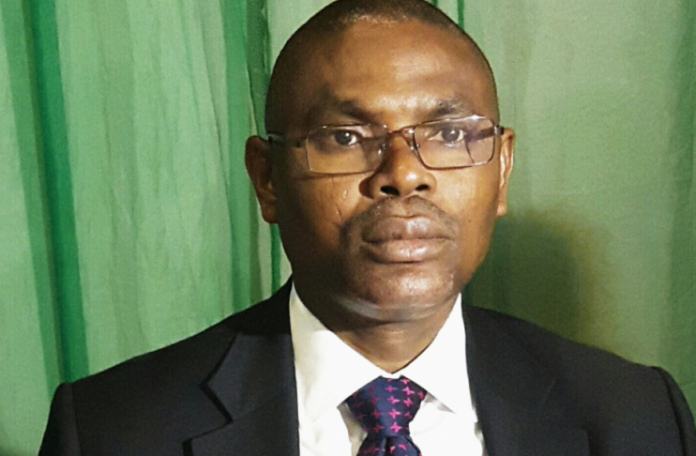 Jim Osayande Obazee, the controversial Executive Secretary of the Financial Reporting Council of Nigeria (FRC), who was allegedly used by former President Goodluck Jonathan to author a report that formed the basis for the suspension and eventual removal from office of the former Governor of the Central Bank (CBN), Sanusi Lamido Sanusi, is presently battling fresh allegations of graft and misuse of funds belonging to the FRC.

The Economic and Financial Crimes Commission (EFCC) is reviewing multiple petitions against Obazee, who is being accused of using proxies and phoney consultants to siphon tens of millions of naira belonging to the FRC.

The EFCC has been asked to investigate the N1billion International Financial Reporting Standards (IFRS) Academy fund as well as over N225 million wastefully expended for the printing of FRC registration certificates for use by the agency for the next two decades through proxies fronting as contractors.

THEWILL recalls that allegations of corruption against Obazee first emerged in 2014 when a home he purchased in cash with funds allegedly received from the hatchet job he did for Mr. Jonathan in 2014 was uncovered in Houston-Texas.

Harris County Appraisal District records listed Obazee as purchaser of the over $100, 000 home located at 15918 Mission Village DR Houston Texas 77083. However, following the defeat of Jonathan in the 2015 presidential election by President Muhammadu Buhari, who is renowned for his anti-graft stance, Obazee swiftly transferred ownership of the property to one Omosigho Victor, a fellow Bini native, who is believed to be holding the property in trust for him. Obazee is still believed to have unrestricted access to the property.

It is not clear whether Obazee listed the multi-million-naira home in his asset declaration form as stipulated by law before he was busted by the unrelenting internet news media. What is puzzling is how a public official managed to acquire this property without a taking out a mortgage.

Sources close to Obazee say he lives large and has a taste for luxury cars. His fleet include a Porsche, a Mercedes SUV and a few American made cars. His annual salary, allowances and perks are estimated to be around N27 million. So how is he financing his flambuoyant lifestyle? Fleece the FRC!

A website’s report said the EFCC has commenced discreet investigations into the books of the Financial Reporting Council to unravel how its boss appropriated over N36 million within just 60 days in 2014 for only local travel to Abuja claiming to be investigating the books of Central Bank of Nigeria (CBN).

On several occasions, Obazee approved monies running into millions of naira for one of his allies in FRC (Titus E. Osawe) for “data sourcing, collation, and analysis” while investigating CBN claiming that “We are hardly allowed inside the Bank to collect relevant information”.

Obazee had allegedly sometime in July 2014 written to an Assistant Director in the finance department within the FRC to pay him N736, 250 for day’s trip to Abuja.

Will Obazee, who barely has two years to serve out his tenure, survive the ongoing scrutiny being conducted by the EFCC on his stewardship?

Efforts by this newspaper to speak with the FRC Boss proved futile as his mobile number was not reachable as at press time.

Gubernatorial candidate in Abia State accused of domestic abuse, allegedly locked up his wife after she asked for divorce