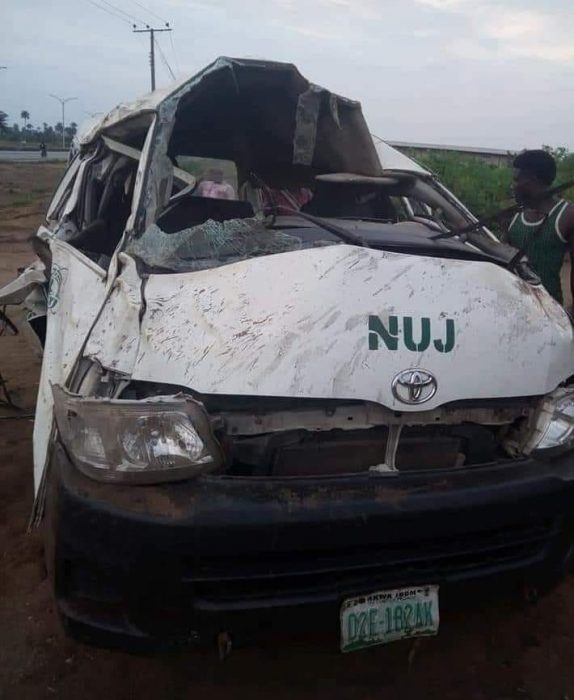 The journalists were on their way to support another colleague who was getting married when the accident happened.

Ibanga Isine, an investigative journalist said: “We mourn with our colleagues in the Pioneer Chapel of the NUJ, Akwa Ibom State Council.”

One of them, who survived but is receiving treatment at a General Hospital, Ituk Mbang said the driver who probably was on speed lost control of the vehicle while trying to negotiate a bend, causing the bus to somersault.

Corpses of those confirmed dead have been deposited in a morgue.

Those who survived, including the driver were said to be admitted to the emergency care unit of the hospital for treatment of various degrees of injuries they sustained.