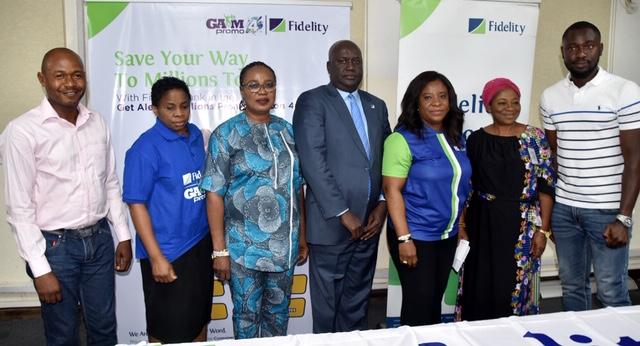 Thirteen lucky customers of Fidelity Bank PLC will enjoy their 2019 Christmas bountifully as the bank rewarded them with N19m for being faithful and committed to servicing their accounts. The lucky winners emerged from the Second monthly/ First Bi-monthly draw of the Get Alert in Millions Savings Promo Season 4, which held at the Bank’s Regional Office in Abuja.

There were three categories of winners among the customers: N3m, N2m and N1m, in addition to 18 consolation prizes of television set, generators and refrigerators. The Lagos Regional Office had the highest amount of N6m in total, followed by the North West Region with a total of N4m while Abuja Region had N3m cumulative amount. The South East, South South and South West had N2m each.

One of the lucky winners, Chika Perpetua Maduike from Abuja Regional office, who won N2m, when contacted on phone dismissed the call, but finally made it to the office dancing and rejoicing saying ‘this Christmas will be a special one for me. I did not believe the caller, but later decided to try and see if it was true and I have seen and I am very happy’. She went further to say, “I will advertise Fidelity Bank to everyone and tell them the bank is number one in Nigeria. Fidelity Bank , God bless you and take you to the next level in Jesus name’ 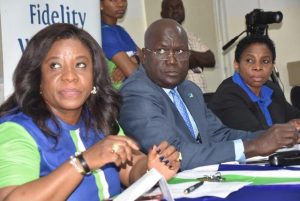 Another lucky winner, Olawale Abdulgafar, who won N1m said: “When I was called and told I have won N1m, I was not excited because I thought it was a scam. I quickly rushed to a nearby Fidelity Bank and asked someone I know who said a promo was ongoing and I should go to the Regional office . I am here now and I have seen it is real and I am very happy because this Christmas will be joyous for me. I want to thank Fidelity Bank for keeping their words”. 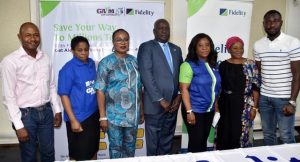 Speaking earlier, the Managing Director/CEO, Nnamdi Okonkwo said lucky customers of the bank will cart away N120m at the end of the promo in April 2020, pointing out that N15m was won during the first draw in Ibadan and N19m in Abuja, bringing the total to N34m after the second draw. The MD/CEO who was represented by the Regional Bank Head, North West 1, Mannir Ringim said the promo which started in October 2019 was part of its efforts at deepening the Financial Inclusion strategy of the government and ensure more people are financially included.

“As we speak, over 50m Nigerians are financially excluded, which represents about 45 percent of our population and we in Fidelity Bank want to bridge this gap and also encourage more people to embrace savings culture,” the MD/CEO opined.

Shading light on how people can qualify for the draw, Mrs Janet Nnabuko, Head of Savings said both existing and new customers can win by simply topping their account with N10,000 for existing customers or someone opening a new account and building it up to N20,000. She further disclosed that to qualify for the star prize of N3m one needs to build his account to N50,000 while aspiring for the Grand prize of N10m,  one only has  to grow his account to N200,000.

Abuja Regional Head, Mrs. Vanessa Mordi said the bank was people friendly and remains committed to empowering Small and Medium Enterprises and also supporting individuals with surprise packages like the Get Alert in Millions Savings Promo.

Related Topics:CHRISTMASFidelity BankFIDELITY BANK CELEBRATES CHRISTMAS FOR 13 LUCKY CUSTOMERS WITH N19M
Up Next

Fidelity Bank Receives Awards for its Support for The Real Sector

YEMI ADEOLA: THE MAKING OF A QUINTESSENTIAL LEADER