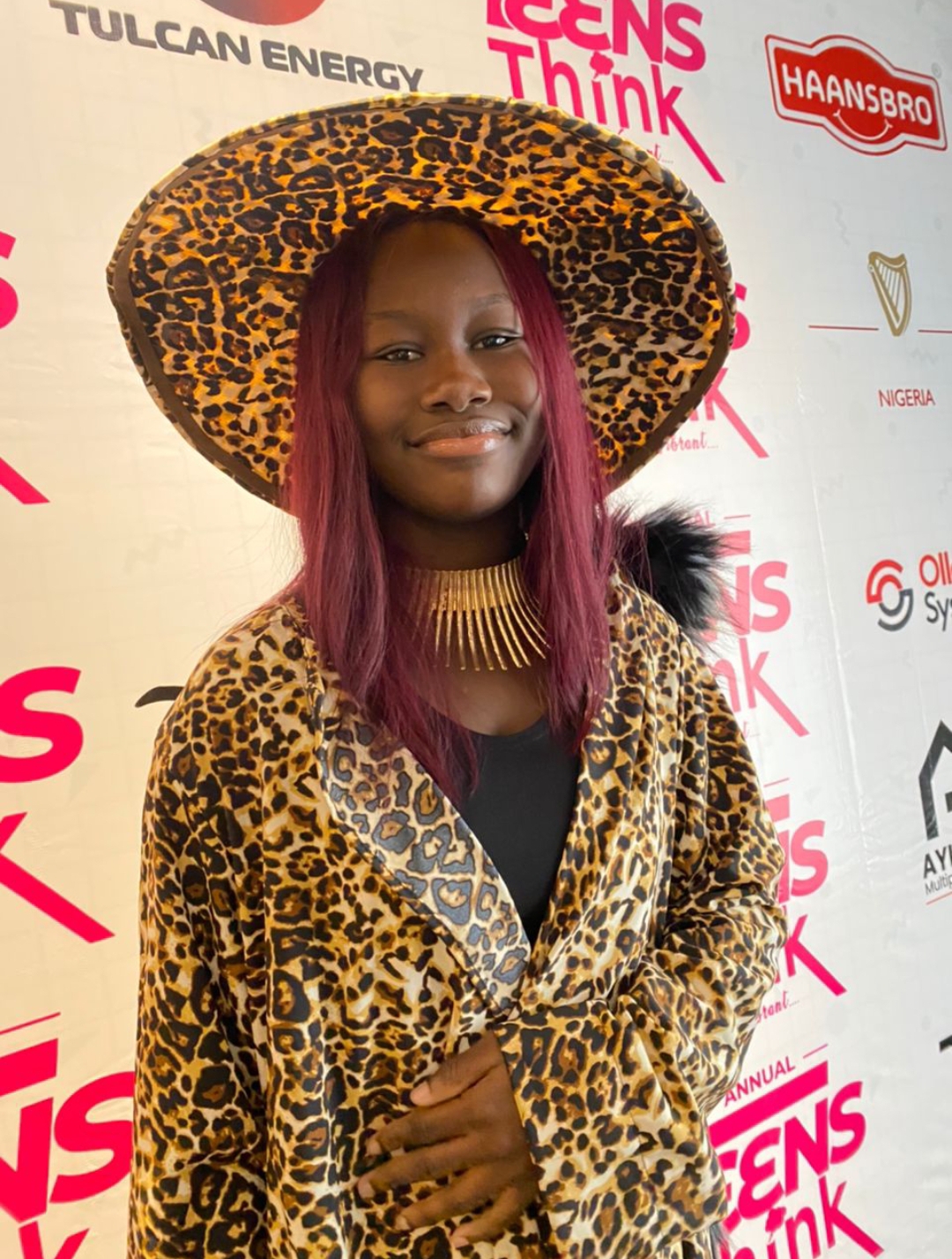 At the 2022 of the Teens Think event which was an educative, interactive and leadership platform meant to provide avenue for teens to explore and utilize their potentials in a digitally savvy dimension of this undoubtedly forward-looking era, Fatiah Kanyinsola Ojediran, the teen music prodigy popularly known as Phatiah was on hand to do what she knows how to do with proficiency.

Like the never disappointing personality that she is which has been proven through her music efforts such as ‘Love Is All We Need,’ ‘Jeje’, ‘Education’, including her solo efforts and collaborations with other music acts, Phatiah definitely gave her age mates the inspiration needed for the event through her pop infused music.

Aside the inspiration, motivation and impetus she provided through her performance on 26th of July 2022 at the Radisson Blu Hotel, Ikeja, Lagos, venue of the event, Phatiah certainly displayed to the admiration of those present, making a bold statement that she has step up with her stage craft, it was a blend of talent, exposure and experience all as tripodal incentives for the event.

After her scintillating performance at Teens Think in Lagos, the teenage music sensation, Fatiah got an invitation to perform on an international stage at the MTN sponsored ATHF festival held in Kigali, Rwanda.

The 2022 A Thousand Hill Festival (ATHF), an international music festival which had the likes of music icons such as Kizz Daniel, Sheebahkarungi, Bruce Melodie, Kivumbi King and others performing was indeed a landmark event for the rising star.

On Saturday, 13th of August 2022, Phatiah mounted the stage to render her notable tracks such as ‘Love Is All We Need’, to preach a message for humanity well-being, and “Halleluyah” her collaboration with Zlatan Ibile which is yet to be officially unveiled to the public and her teeming fans.

No doubt, Phatiah’s performance in Kigali, the lovely capital city of Rwanda is a testimony to the fact that Phatiah’s experience of performing on big stages such as the Lagos State Government’s One Fiesta Events, Lagos State Annual Thanksgiving, Kogi State Government Inauguration, private and corporate events reflected in the experience and confidence she exuded through her stage performance.

No doubt the “Jeje” crooner, Arise O’ Philanthropy awardee, Enya and Emperor Award winner, who has not rest on her oars since her debut, “Education” was released is indeed growing by leaps and bounds, stretching herself beyond barriers and breaking fallow grounds from national to international terrains.