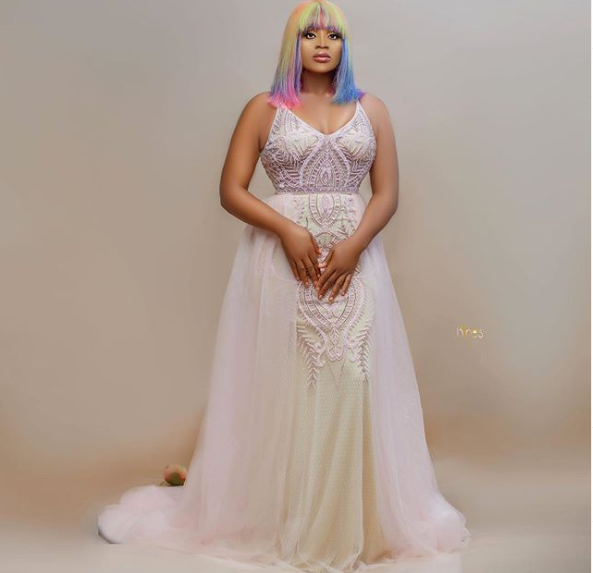 Thespian, Uche Ogbodo, has been dragged by fans who have tagged her “two-faced” and “chameleon”.

The actress was attacked for going on May Yul-Edochie and Judy Austin Muoghalu’s pages to show love to both of them.

May Yul-Edochie had been married to actor Yul Edochie for 16 years before Yul announced earlier this year that he had married his colleague Judy Austin and they had welcomed a son.

Since the marriage announcement was made, Ogbodo has been leaving supportive comments on Judy’s posts.

Most of Judy’s posts get liked by Uche and she is also a regular commenter.

This appears to have infuriated her fans who have asked why she can’t support one of the women.

Today, May took to Instagram to insist that polygamy is not for her and that she will not be numbered as a wife. This reiterates her stand since her husband announced he has taken a new wife.

Uche commented to encourage May, writing: “God is your strength May. Keep being strong & beautiful.” 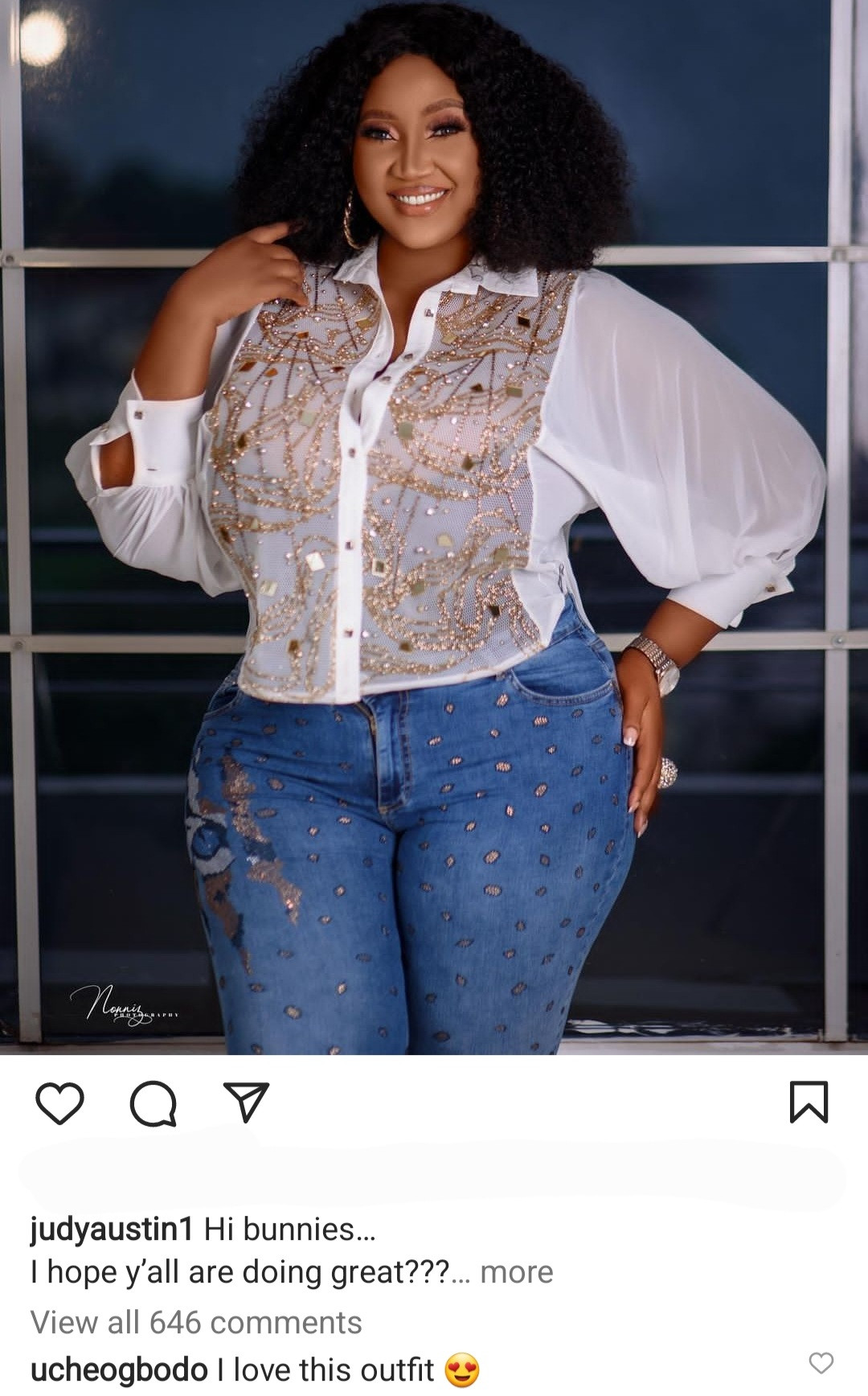 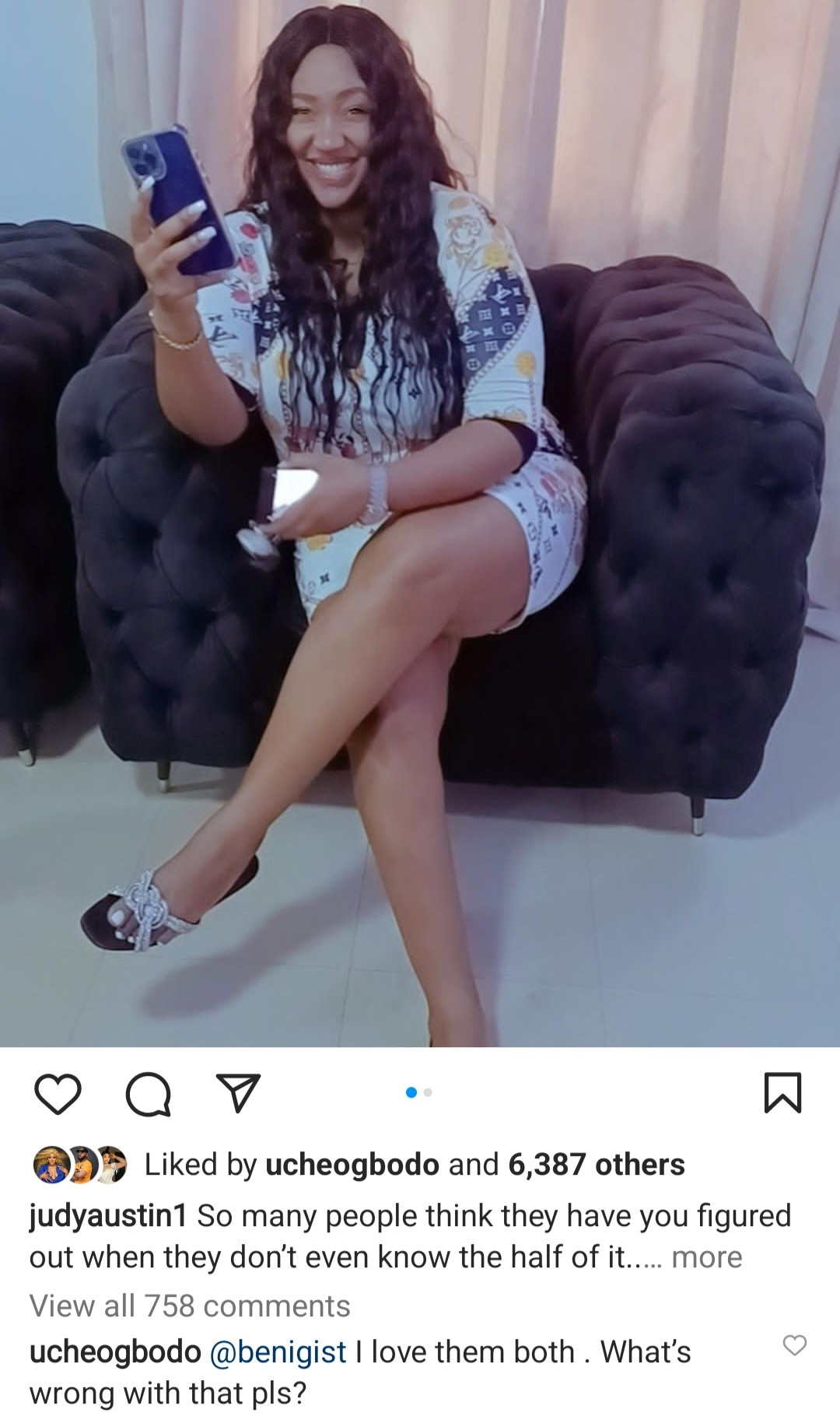 Interestingly, while May responded to other actresses who commented, she ignored Uche’s comment.

May’s followers then took it upon themselves to respond to Uche, slamming her for not picking a side. 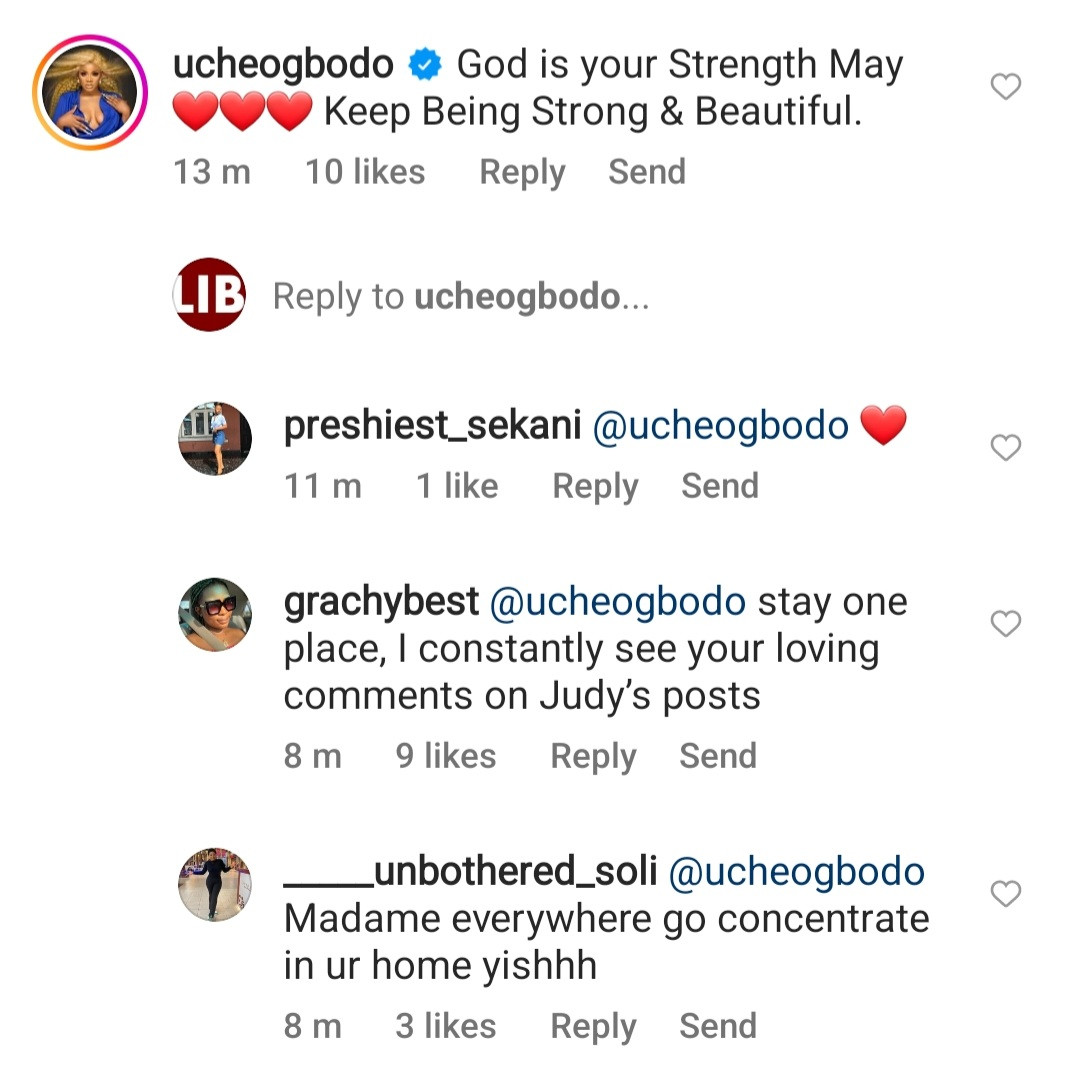 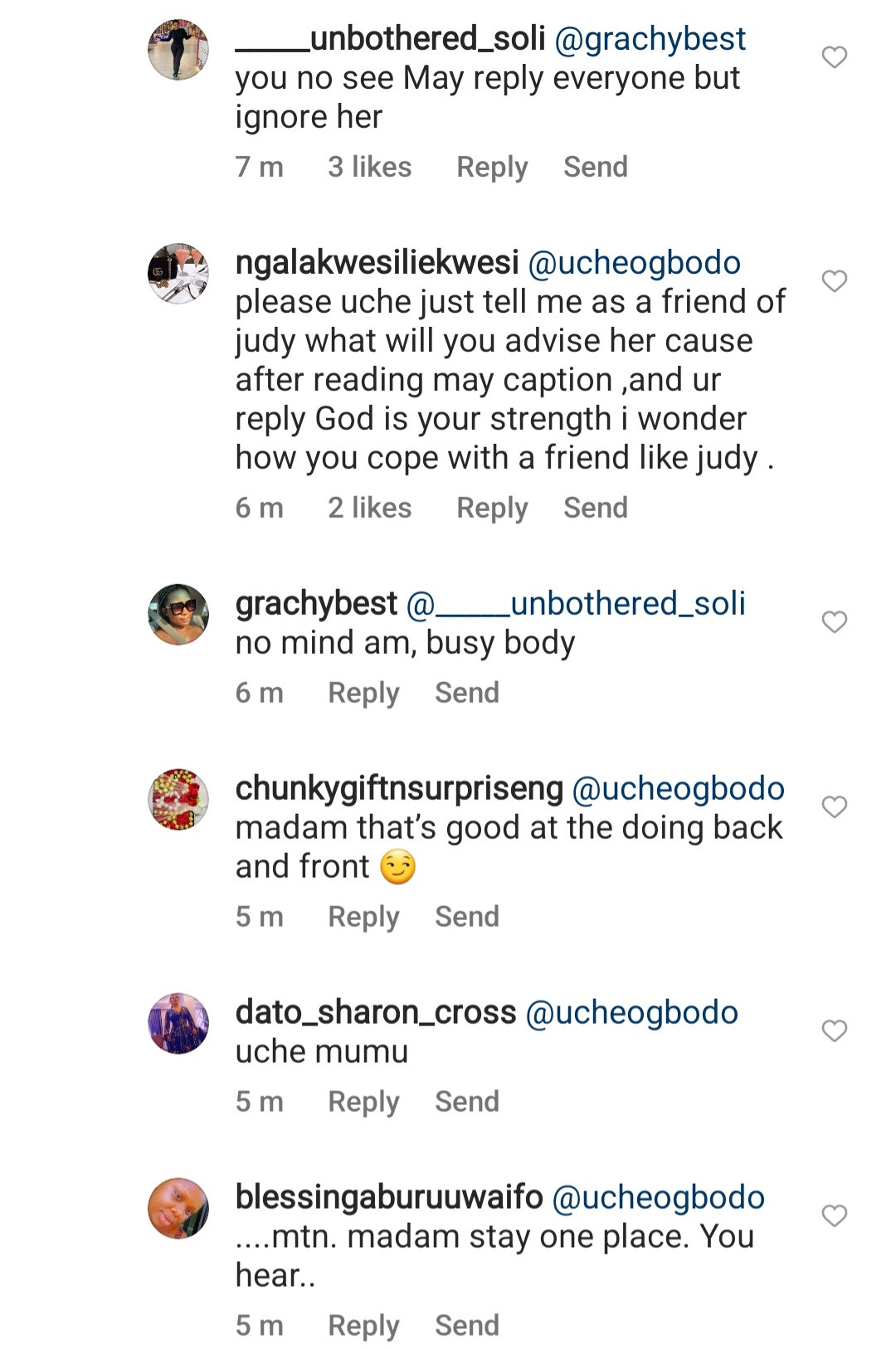 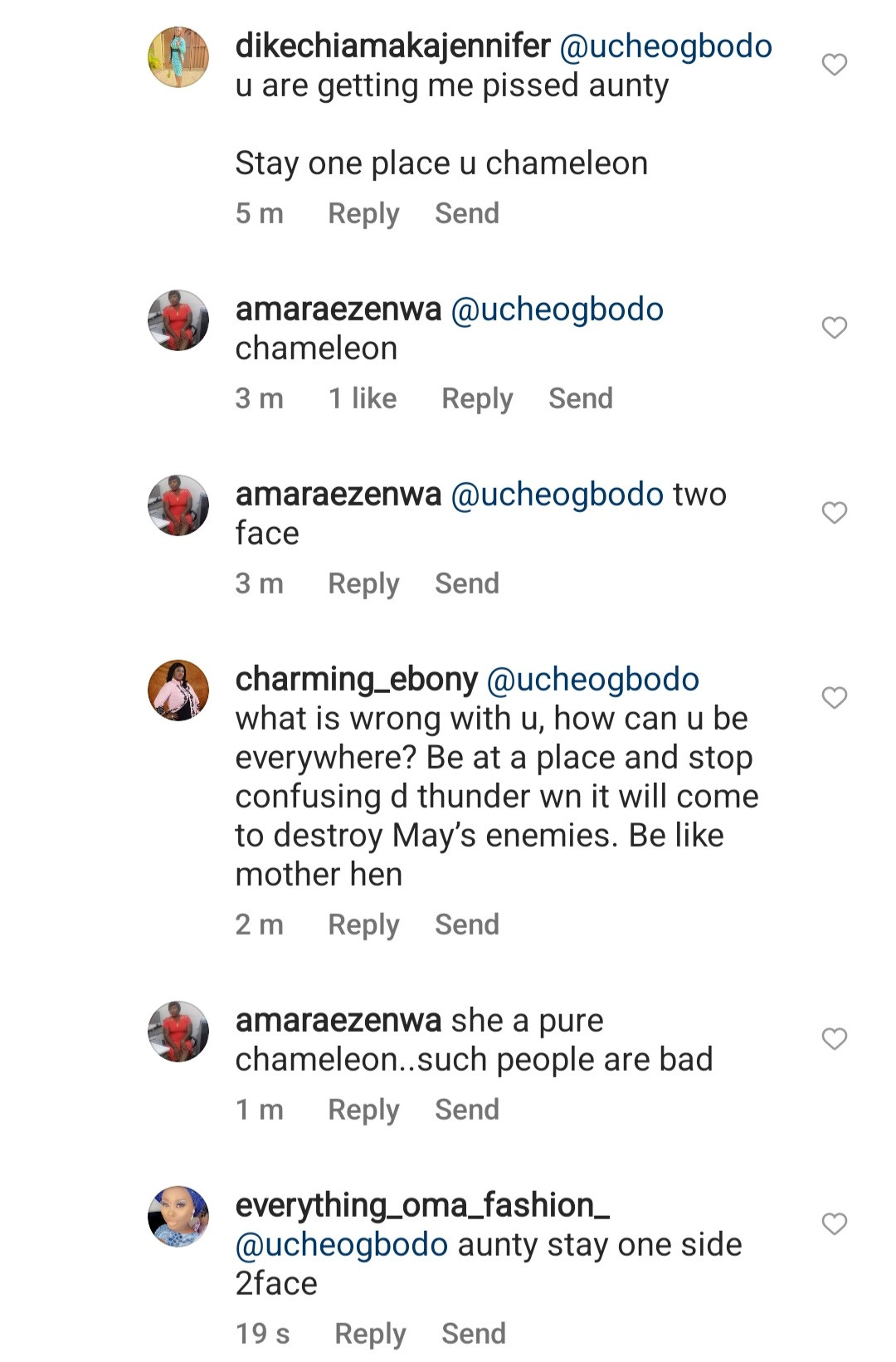 Related Topics:Fans Drags Uche Ogbodo Over Support For May Yul-Edochie; Judy Austin MuoghaluYul Edochie
Up Next

Polygamy: I Will Not Not Accept What Does Not Align With My Faith-May Edochie

Life After My Divorce Was Lonely-Agatha Amata