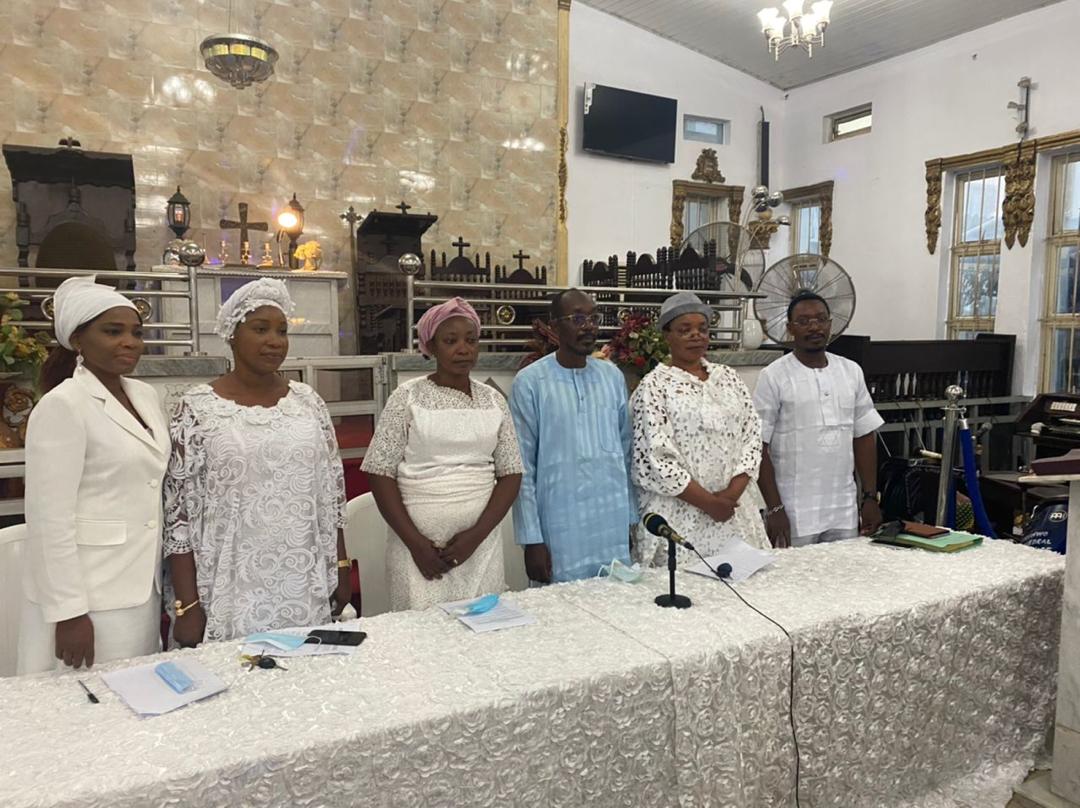 The family of His Eminence Archbishop Emmanuel Omolaja Aremu Olorunwo have unveiled his burial arrangement.

Recall that the founder of Olorunwo Cathedral Church died on Thursday, September 2.

His burial arrangement was unveiled to the public at a World Press Conference which held on Tuesday, September 7, at the church located at 11, Bakare Dawudu Street, Ifako, Gbagada, Lagos State.

His Eminence Archbishop Olorunwo is the Primate and Founder of Olorunwo Cathedral Church of Cherubim and Seraphim (INC).

At the press conference attended by elders of the church and scions of the deceased including Chief Christian Francis Ipoola Olaniyan, Professor (Mrs) Yewande Otusanya, Pastor Ilemobayo Olorunwo, Pastor (Magistrate) Oketola  Olorunwo Obaleye, Prophetess Omotinuolawa Olorunwo, Venerable Omolayo Olorunwo, and Barrister Matemilola Adesina Salawu, the family revealed that the activities for the burial of the Grand Commander of Christian Faith of the African Church of Nigeria will commence on Wednesday, September 15 with a Service of Song and an All-Night Praise.

The Lying-in-State and Wake Keep of the General Head of the Olorunwo Cathedral Church will hold on Thursday, September 16th, with the activities climaxing with an Exit to Glory Service and an Internment Ceremony on Friday, September 17.

An architect by profession before heeding the call to serve God, Primate Olorunwo who celebrated his 85th birthday in 2020, led his church for over 55 years.

In a chat, the family collectively concluded that the deceased was not an ordinary man as he impacted other faith, saying that he built several churches with his money while adding that angels waited to receive him into heaven.

They also added that there was no succession issue with the church as the deceased has children that are more than capable and qualified to lead.

Is Primate Elijah Ayodele The Only Prophet In Africa?