Nigerian rapper, Falz has described as a joke the implementation of a five per cent levy on all audio and visual content on all physical and digital platforms.

Reacting to a notice of the levy addressed to the Managing Director of Iroko TV, Jason Njoku, the Lagos State Government requested for the “immediate payment of 5% levy on all audio and visual content produced, sold, distributed, marketed, exhibited, streamed, downloaded and shared across all physical and digital platform situate, lying and being within the state.”

Falz described it as a joke. He wrote “What is this joke?”. 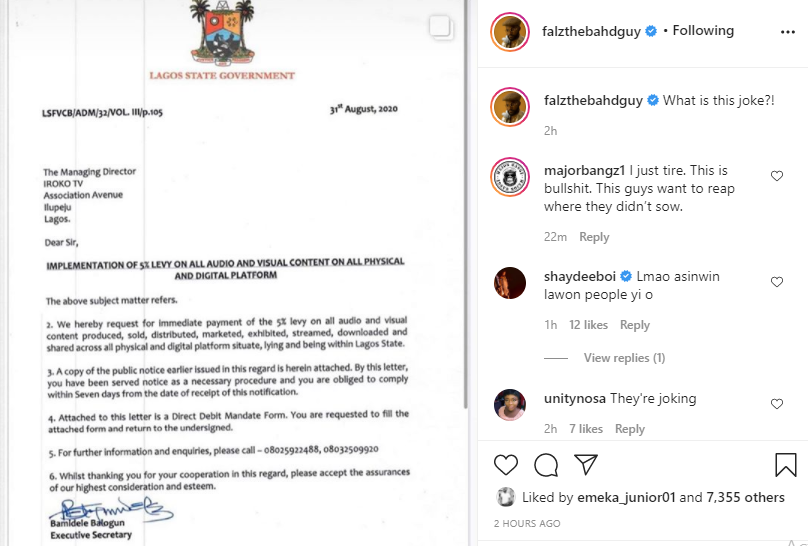 Here are comments from other celebrities below; 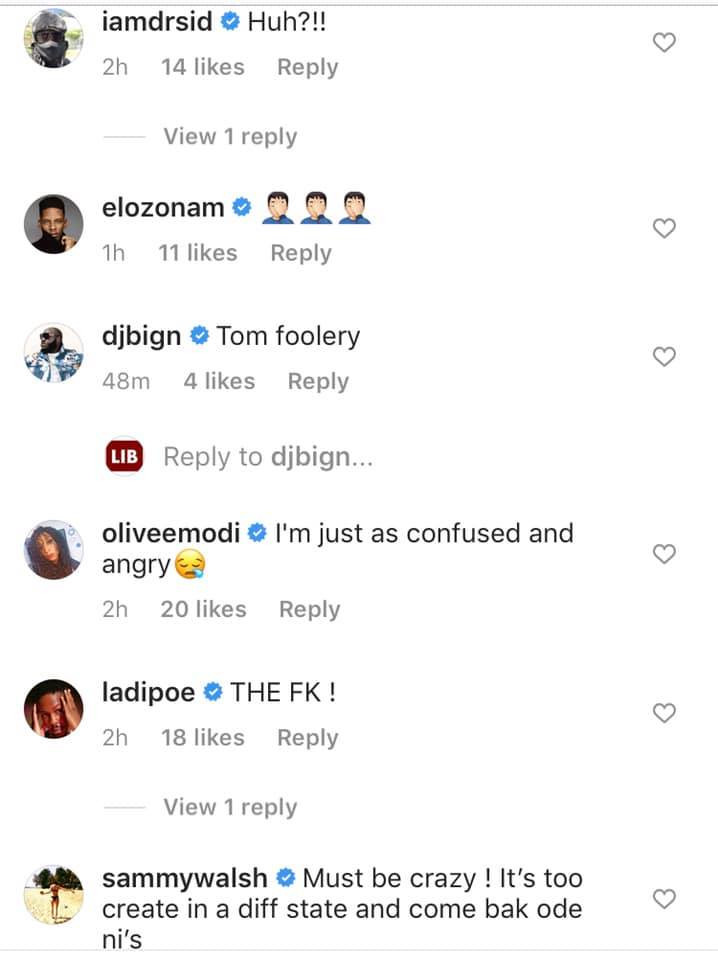 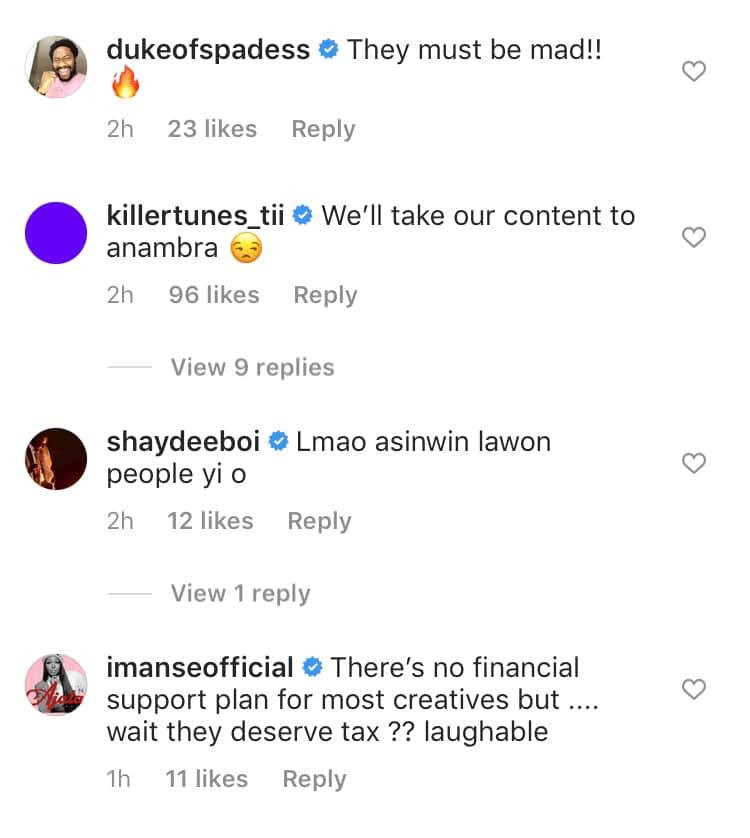 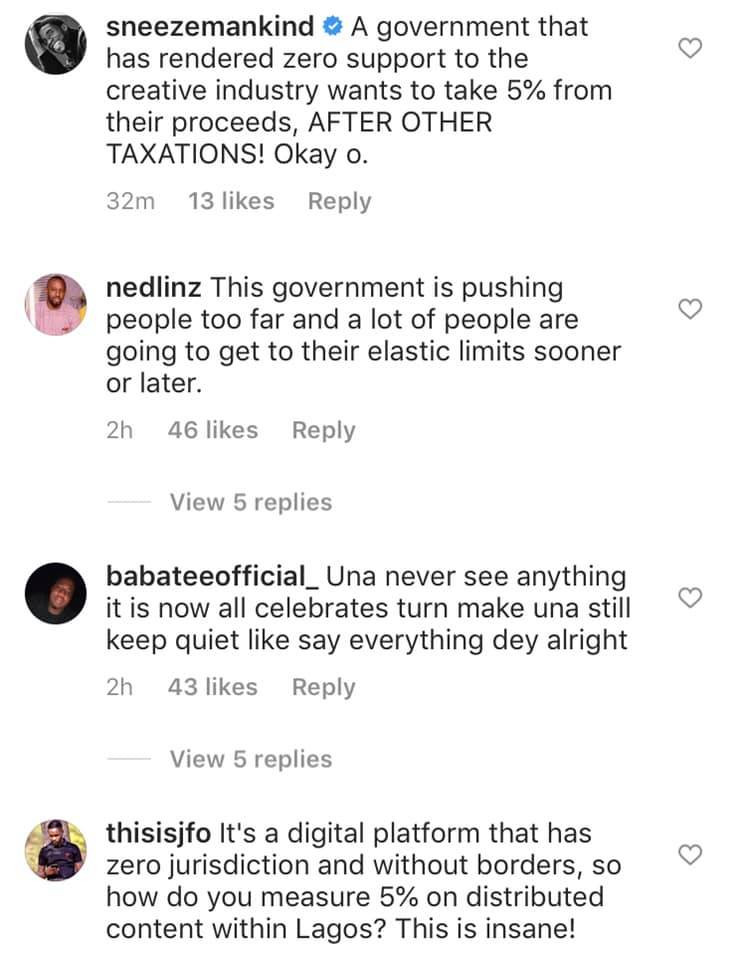 Related Topics:FalzFalz Slams Lagos Government Over Five Per Cent Content Levy
Up Next